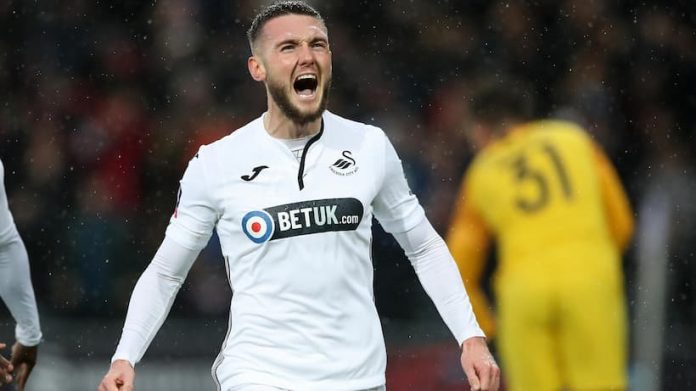 Southampton travel to the Liberty Stadium to face Swansea City in the third round of the FA Cup later this evening in what will be the first-ever cup meeting between the two sides.

Thanks to a bout of COVID at Fairwood, Swansea City have been inactive in the Championship for almost a month.

In truth, the leave of absence may have come at a good time for the Swans: their form prior to the unexpected vacation from competitive football was below-par.

Including the 1-4 stuffing at home to Nottingham Forest, Russell Martin’s side had lost three games on the trot, winning just once in six attempts.

As such, Swansea fans now find their team down in 17th position in the Championship table, a real fall from grace after a promising run of form at the beginning of the season. The Swans do have games in hand on most sides in the division, though, and will be hoping for a big win in the Cup to kickstart their return to action.

Southampton currently occupy 14th place in the Premier League. Manager Ralph Hasenhuttl has made his team hard to beat and, despite their relatively low league standing, the Saints will take huge confidence from recent results, including a 2-3 away win against high-flying West Ham, and a 1-1 home draw vs Antonio Conte’s Tottenham.

Southampton’s attacking threats James Ward-Prowse and Armando Broja are in good form too. The former has notched three goals in three games, and the latter two in the same span. Another Saints player that will be worth keeping an eye on should he feature is Nathan Redmond who has chalked up seven goal contributions (goals/assists) in his last seven cup appearances.

The recent history between the Swans and the Saints also favours the visiting side. Southampton have won seven of the last ten games played against their Welsh counterparts.

Despite memorable performances against Pep Guardiola’s Manchester City in recent years, Swansea have also failed to record a cup win against top-flight opposition in 10 of their last 11 attempts – the last victory coming at the expense of Manchester United back in 2014.

It’s an FA Cup game so, of course, anything can happen. But pretty much everything points towards a win for the travelling Saints. So, if you’re looking for a simple wager on the moneyline, take Ralph Hasenhuttl’s side at 3/4.

As mentioned, Southampton’s James Ward-Prowse has been in fine fettle for the Saints of late. The England international has scored three goals in three games and now boasts stats of six goals and three assists on the year.

Ward-Prowse is also a set-piece taker and tasked with taking the Saints’ penalty kicks. With Southampton expected to dominate possession, Ward-Prowse is likely to have chances from free-kicks as the Swans toil to recover the ball.

Using the excellent Bet Builder tool over at bet365, it’s possible to wager on a Southampton win & James Ward-Prowse to score at any time during the match with odds of 4/1, meaning a £5 bet pays out £25.

Swansea vs Southampton betting tip: Get Southampton to win with James Ward-Prowse to score at any time at 4/1 with bet365

bet365 is currently offering new customers up to £50 in Bet Credits when they sign up and bet £10 on any sports market.

The offer is easy to claim and, once registered, new customers will also be able to live-stream selected FA Cup matches throughout the rest of the competition.