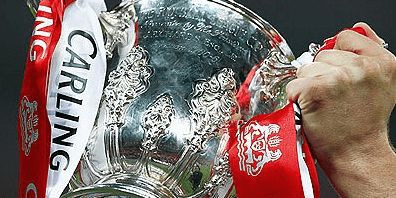 Swansea and Bradford City have both taken a step closer to the Carling Cup final at Wembley by winning the first legs of their semi-finals.

Bradford produced a superb performance earlier in the week to beat Aston Villa 3-1 and give themselves a two goal advantage heading into the second leg at Villa Park.

They backed up their win against Arsenal on penalties, with a dominant display where they looked like the better side throughout the match. Their performances against Arsenal and Aston villa at home will go down as two of the biggest upsets in the competition’s history.

However, Swansea’s performance away at Chelsea was just as impressive, as Michael Laudrup’s side ran out 2-0 winners thanks to goals from strikers Michu and Danny Graham.

Their performance was more efficient, soaking up large spells of Chelsea pressure before capitalising on some rare mistakes in the Chelsea defence which have handed the Welsh side the advantage.

Both sides were expected to perform poorly over the two legs of each semi-final with Aston Villa and Chelsea the stronger sides on paper and the sides backed heavily with the bookmakers.

It will be a remarkable achievement, especially for Bradford, if they both make the Carling Cup final next month as it presents each side with the chance to win a rare piece of silverware.

However, both sides must negotiate another 90 minutes where Villa and Chelsea have the chance to turn things around.

It goes to demonstrate how any side can go into a domestic cup tournament and upset the odds because the occasion rubs off on the players and causes them to perform more effectively than normal.

If Bradford and Swansea both make it through to the final then its anyone’s game because Bradford would have proven they can beat Premier League opposition regularly, while Swansea will experience the rare pleasure of being the heavily odds on favourites.