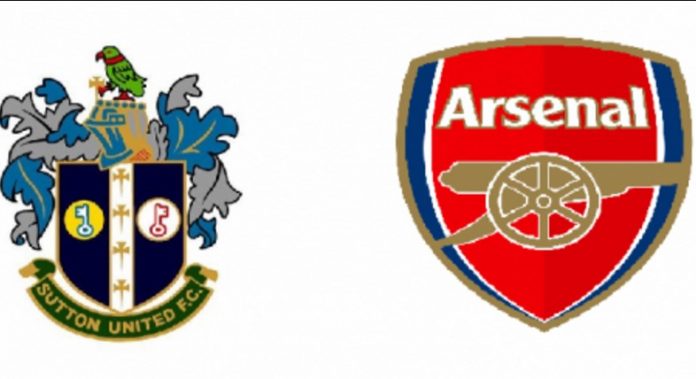 Sutton host Arsenal in the next round of the FA Cup on Monday and they will be looking to pull off an upset here.

The home side are heading into this game on the back of two consecutive defeats, but they have an exceptional home record. Sutton have lost just one of their last 14 matches at home in all competitions.

Although Arsenal are firm favourites for this one, Sutton will fancy their chances after how the Gunners performed against Bayern in their last outing.

Sutton have a fully fit squad to choose from for Monday’s game.

Arsenal were extremely poor against Bayern Munich and the Gunners will be looking to bounce back with a big win here. The Gunners have lost three of their last four in all competitions and Sutton’s home form could make it a tricky game for them.

The players and Arsene Wenger are under immense pressure right now and they simply cannot afford another embarrassment.

Cazorla, Sanogo, Debuchy, Ramsey and Koscielny are ruled out for the trip to Sutton.

Arsenal are undefeated in 18 of their last 19 matches in the FA Cup.

Sutton have won 5 of their last 6 matches in the FA Cup.

Arsenal have lost three of their last four in all competitions.

Sutton have been very impressive at home and Arsenal recent form means that the home side could have a chance of winning here. Get Sutton to win on Monday.

Arsenal have been very impressive in the FA Cup. Despite their current form, they are favourites for this one. Bet on the Gunners to win.

There have been over 2.5 goals scored in 7 of Arsenal’s last 8 games in the FA Cup. Another high scoring game is very much on the cards here.

Arsenal will be determined to send out a message after their thrashing against Bayern. This is a great opportunity for them to pick up a statement win.

The players will be motivated and they are up against an inferior opposition. Despite Sutton’s home form, Arsenal are way too good for them.