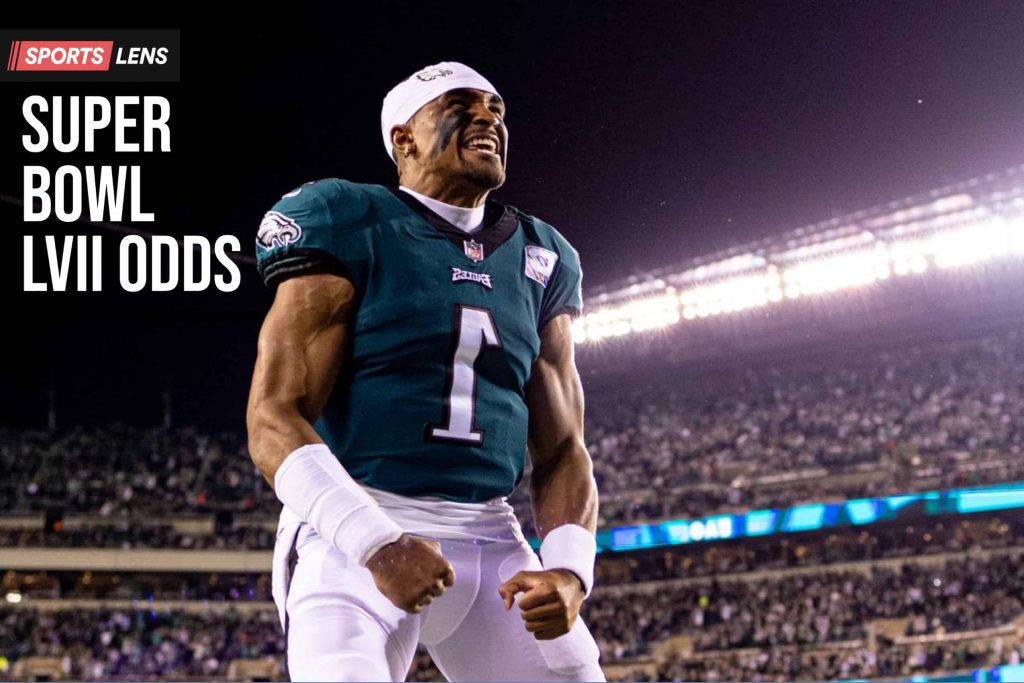 As we enter Week 10 of the NFL season, trying to decipher who the major players will be in the postseason remains a difficult task, but several teams have proven their worth as potential Lombardi Trophy winners.

Perhaps the most significant mover in the Super Bowl LVII market are the Eagles, who have pipped Buffalo Bills over the last week as the outright favourite for the first time since the start of the season.

This is, of course, largely due to the fact that Philadelphia remain the only unbeaten side across the NFL having stretched their winning streak to eight games, boasting an even 4-for-0 slate home and away.

This is a far cry from their pre-season price of +2500, and Nick Sirianni’s side have undoubtedly been the most dominant team after nine game weeks.

Buffalo Bills follow closely in second after slumping to a fiercely contested 20-17 defeat to the Jets in Week 9, but their 6-for-2 record is testament to their unrivalled game management and they possess the best defensive unit in the NFL having allowed just 118 points – for context, the next-best are the Broncos who have allowed 132.

Further down, the Kansas City Chiefs are well within the conversation having established themselves as the most dangerous offensive franchise after nine weeks.

Any side who has a quarterback with the match-winning calibre of Patrick Mahomes, who is favourite on NFL betting sites to pick up a second MVP award, will have leading claims to clinch the Super Bowl.

However, the San Francisco 49ers who closely follow them in fourth are certainly a notable market mover having had their odds slashed from +1200 to +900 over the last two weeks.

Although a mixed bag of results having gone 4-for-4 thus far, they bounced back from consecutive defeats with an emphatic 31-14 victory over the Rams last time out.

A leading pass rush, offensive dynamism the eighth-easiest remaining schedule in the NFL puts them in a favourable position to clinch the NFC.

The Seattle Seahawks present the biggest shake-up in the outright market however, moving from +10000 all the way to +4000. After struggling to impose themselves early on in the season, Seattle now sit atop the NFC West having prevailed victorious in three of their last four including an impressive double-header against the Cardinals.

A 6-for-3 record, the second-most potent offence in the league and a resurgent Geo Smith at QB seemingly clawing his back from a point of no return with the fourth-highest QB rating has propelled them into contention for the NFC, which is wide-open this season.