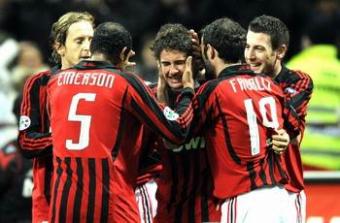 The Los Angeles Rams welcome the Cincinnati Bengals to the magnificent SoFi Stadium this Sunday in what should be a Super Bowl for the ages, and, if you’re looking for the latest odds, team news and Super Bowl Picks ahead of the opening kickoff, you’ve come to the right place. Plus, find how you can claim a $1,000 deposit bonus at BetOnline.

Click here to get a $1,000 deposit bonus at BetOnline when you sign up to bet on Rams vs Bengals

The list below includes the best Super Bowl betting sites for players in ALL US States.

In this article, our football betting expert will be assessing both teams’ prospects of hoisting the Lombardi Trophy. Plus, get the latest Super Bowl odds at BetOnline, a full game preview, the latest team news, and our free Super Bowl Picks for the game.

Below are the latest Rams vs Bengals odds as seen on BetOnline on Friday, February, 11.

Our betting picks, as always, are highlighted in bold. Odds are subject to change.

Click here to bet these Super Bowl odds at BetOnline

If, instead, you’d just like to take a look at the best Super Bowl betting offers available across US sportsbooks for this Sunday’s showpiece event, just click the link.

The Cincinnati Bengals have gone 13-7 during the regular and postseason. Now, Zac Taylor’s team will turn its attention to LA and the dream of the franchise’s first Super Bowl in its 55-year history.

The Bengals’ playoff run began when they defeated the Las Vegas Raiders in the Wild Card Round.

Two Touchdown passes from Burrow to WR Tyler Boyd and TE C.J. Uzomah helped Cincinnati to seize the initiative early. The Raiders fought back to within a score by the end of the fourth quarter, but it was too little too late. Bengals K Evan McPherson kept the score rolling for the Tigers who emerged 26-19 winners.

Next up, the Bengals had to overcome a tough trip to the Nissan Stadium to duke it out with the No.1 seed in the AFC, the Tennessee Titans in the Divisional Round.

Despite the fact that the Tigers’ OL went missing, giving up nine sacks, sophomore QB Joe Burrow held his nerve behind the line. The former LSU star played safe, efficient football, going 28/37 for 348-yards. Burrow only threw one pick compared to three thrown by opposite number Ryan Tannehill, and it was his poise and decision-making under severe pressure in the pocket that, ultimately, earned the Bengals the win. Though, once again, the boot of Evan McPherson, who racked up 12 points, including a game-winning FG in the fourth, didn’t hurt either.

Then came the toughest test of them all for Zac Taylor’s men – the AFC Conference championship game at the Arrowhead vs the Kansas City Chiefs.

Cincinnati entered Arrowhead as huge betting underdogs, and, right up until the final minute or so of the first half, they looked it too. The Chiefs scored TDs on their first three successive opening drives; Patrick Mahomes looked unstoppable; swathes of fans turned the game off expecting a blowout, and then it happened…

With seconds left in the first half, Greedy Reedy (yeah, I’m coining the phrase) opted to keep the ball in Mahomes’ hands five yards from the Cincinnati EndZone on fourth down instead of taking the easy three points via the boot of Harrison Buttker. Mahomes failed to connect with Tyreek Hill with the pass, and the Bengals trooped in at halftime down by 21-10.

It proved to be a costly error for the Chiefs. The Bengals hit back in the third and fourth quarters. The defense smothered Mahomes, and Burrow and co. ended up taking the game to overtime where, once again, K Evan McPherson was the hero.

Awaiting the Bengals in the Super Bowl and on their home patch, no less, the Los Angeles Rams.

In the Wild Card round of the playoffs, the Rams first had to defeat NFC West rival, the Arizona Cardinals. Aaron Donald and Rams D had themselves a field day. The unit chalked up two sacks, five QB hits, and two interceptions on bewildered Cardinals QB Kyler Murray en route to a 34-11 W.

Then, in the Divisional Round, the Rams brought the legendary career of Tom Brady to an abrupt end when they bested his Tampa Bay Buccanneers, 30-27.

The Rams had gone up early thanks to a fine pair of touchdowns from WRs Cooper Kupp and Kendall Blanton. But Brady’s Bucs fought back. Bruce Arians’ defending champions were close to pulling off an astonishing comeback before the boot of Rams K Matt Gay dampened the atmosphere at the Raymond James.

Finally, the Rams had to face another NFC West opponent in the NFC Conference final. And a team they had not beaten in six attempts under McVay in the regular season.

In what was a tough game, the superior Rams’ D came to the fore, forcing 49ers QB Jimmy Garoppolo into mistakes late in the game. Cooper Kupp had already racked up 142-yards and two TDs by the time Jimmy G began to crumble, and, eventually, the Rams defeated their opponent, 20-17.

Besides long-term absentees such as WR Robert Woods, the Rams are pretty much at full strength for the Super Bowl.

The only two big concerns for Sean McVay are on offense, where TE Tyler Higbee is questionable with a knee injury, and stand-in LT Joe Noteboom is also a doubt.

As for the Bengals, TE C.J. Uzomah injured his knee early on in the win against the Chiefs a fortnight ago. When the big man hobbled back out on crutches later in that same game, his prospects of a Super Bowl appearance did not look good. Uzomah has, however (and much to the relief of Bengals fans) been back in training this week (light) and does stand a decent chance of suiting up come Sunday.

Having checked out all the stats and the latest team news, it’s time to get down to the business of making a solid NFL Super Bowl prediction.

A fortnight ago, the Bengals shocked the world in that comeback thriller of a win against the Chiefs. A spectacle it was but it did mean that I -like many- got the result wrong. I had figured that after watching the Bengals’ OL part like the red sea vs the Titans, there was just no way it could hold up under pressure from Chris Jones, Frank Clark, and Melvin Ingram.

It buckled and warped at times, but the Bengals’ big boys ahead of Burrow proved me incorrect on that occasion.

There are, however, levels in the NFL. And, if we’re going to stand here and call Frank Clark and Jeffery Simmons very good players, which they are, what are we to say about the Rams duo of Aaron Donald and the recently acquired Von Miller?

Miller and Donald are world-class, grade-A, pass-rush experts. And, I expect to see the pair will be bringing it to the Tigers’ OL for four quarters of a game of football on their home patch.

As such, I’m doubling down on my busted prediction for the game against the Chiefs. No matter what Burrow does out there, I don’t think the Bengals OL can cope with the Rams’ pass rush. And, I don’t think the coverage unit will be able to stop Matthew Stafford’s connection with Cooper Kupp and OBJ either…

Rams vs Bengals Super Bowl Prediction: Donald and co. go marauding into the Bengals backfield to disrupt the offense; Kupp and co. too smart for the likes of Eli Apple in the Cincinnati secondary – Rams win 34-24.

By signing up at BetOnline in time for this Sunday’s Super Bowl, new customers are entitled to up to $1,000 in Rams vs Bengals free bets by way of BetOnline’s 50% deposit match.

Countless more offers are available at the sportsbook, many of which can be viewed by clicking on the following BetOnline promo codes link.