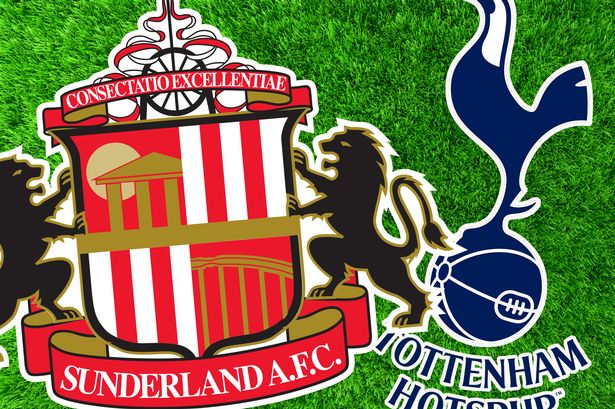 Sitting rock bottom in the Premier League, Sunderland badly need points on the table. Since Boxing Day, Sunderland have not won a single match in all competitions, losing four out of the last five Premier League games. Certainly, a fixture against the in-form Spurs is not what they would have wanted, as David Moyes looks to steer his team out of the relegation zone.

Spurs are riding high on momentum, and have won eight of their last nine games in all competitions. They are heading into this match on the back of a pulsating 4-3 win over Wycombe in the FA Cup fourth round on Saturday. Spurs have a great record against Sunderland, having won five of their last six meetings against the Black Cats.

Mauricio Pochettino is without Jan Vertonghen, Georges-Kevin Nkoudou and Kieran Trippier due to injury, for the trip to Sunderland. Harry Kane missed the last game through injury, but he has recovered in time to start against Sunderland.

5 – Sunderland have failed to win in their last five Premier League matches.

6 – Spurs have won six of their last seven matches against Sunderland in all competitions.

7 – Tottenham are undefeated in their last seven Premier League games.

Spurs are one of the most inform teams in the Premier League at the moment. Back them at 4/11 with Ladbrokes to win this tie.

Harry Kane has been lethal against weaker oppositions, and expect him to score the first goal of the match. He is 13/5 with Ladbrokes to score the opening goal.

Moyes has a horrible record against big teams, and with so many players injured it is hard to see Sunderland pulling up a shock result. However, they did put up an inspired performance against Liverpool earlier this month, and will be hoping to do the same against Spurs.

Pochettino’s side are buzzing with confidence at the moment. They should pick up full three points on Tuesday night and close the gap with Chelsea, who play Liverpool at Anfield.