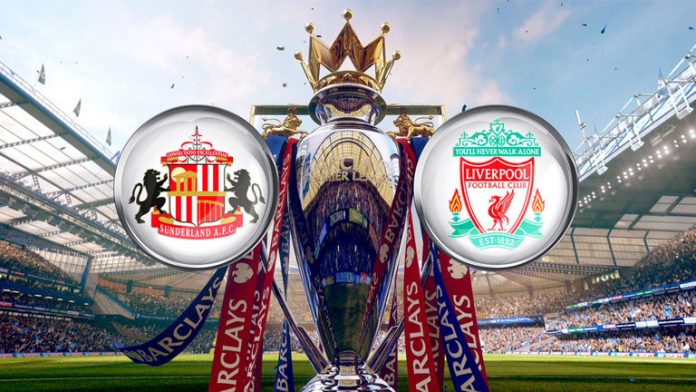 Sunderland host Liverpool in the Premier League later today, and the Black cats will be under immense pressure after their 4-1 defeat against Burnley on Saturday.

David Moyes‘ men need a few positive results to move out of the relegation zone, but the game against Liverpool will be a massive challenge for them.

Sunderland have a very poor home record against the Reds and have lost their last three home league meetings with Liverpool. Furthermore, they will be without several key players for this game.

Liverpool are in superb form right now and will be full of confidence after their 1-0 home win over Manchester City.

Chelsea travel to Spurs this week, and this is a great chance for the Reds to close the gap with the Blues. They will look to put pressure on the Blues with a win here.

Liverpool could be without some of their key players for this game. Henderson, Coutinho and Matip could all miss out due to injuries. Danny Ings is definitely ruled out.

Sunderland have lost just 2 of their last 6 home games.

Liverpool are undefeated in their last 9 matches against Sunderland in all competitions.

Liverpool are in superb form right now and have a good record against the Black Cats. Bet on the Reds to win.

Liverpool have been very impressive going forward, and, considering Sunderland’s poor defence, a fair few goals (over 2.5) are likely here.

Sunderland have improved at home, but they are up against one of the best teams in the country right now. Liverpool are in top form and will be determined to put some pressure on Chelsea with a win here.

Despite the potential absence of Henderson, Matip, and Coutinho, the Reds should be able to pick up a win with ease.