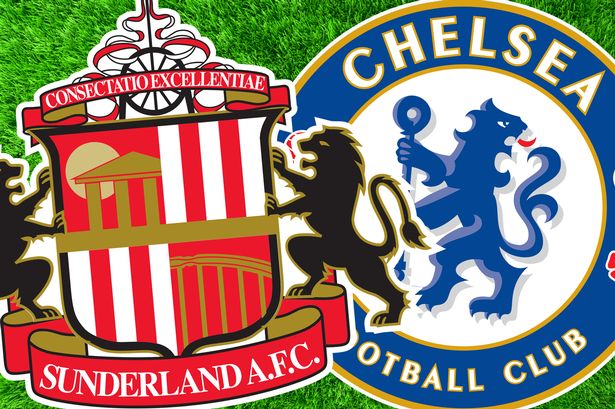 Chelsea face Sunderland in the Premier League during the midweek, and the Blues will be hoping to continue their impressive run of form with another win.

Chelsea are on top of the Premier League table and have been the best team in the country for a while now. Antonio Conte‘s switch to a back three has worked like a charm, and the Londoners have the best defence in the country.

The Blues have conceded the least number of goals so far in the league and should be able to contain a poor Sunderland side, picking up a routine win over them.

Oscar and John Terry are the only injury problems for Antonio Conte this week.

Sunderland have managed to steady the ship after a disastrous start to their season. The Black Cats have picked up three wins in their last five league games and will be hoping to build on that.

They will be up against a very well-organised side, and this is a massive challenge for David Moyes. It will be interesting to see how he sets up to counter Conte’s tactics. Chelsea have the players to break down a deep defence as well as hit teams on the break. Therefore, Sunderland will need to control the ball if they want to get something out of the game.

Sunderland have an impressive record against the Blues and are undefeated in four of their last six matches against Chelsea. They will fancy their chances of an upset here.

Moyes will be without the likes of Rodwell, Borini, Watmore, Cattermole, Gooch, and McNair for Wednesday’s game.

Chelsea have won their last 9 matches in the Premier League.

Chelsea have scored at least 2 goals in their last 3 matches against Sunderland in all competitions.

Sunderland have won 3 and drawn 1 of their last 6 matches against Chelsea.

Sunderland have seen over 2.5 goals in 14 of their last 17 matches against Chelsea in all competitions. Over 2.5 goals (4/7) seem likely here.

Sunderland have done well against the Blues over the last few seasons. Bet on them to win or draw at 9/4.

Chelsea are in fantastic form right now. Get the Blues to win at 1/3.

Diego Costa has been scoring at will this season and already bagged 12 goals in his last 15 league games. Get him to score anytime at 7/10.

Chelsea are in supreme form right now, and Sunderland are no match for them. The Blues have excelled in every department this season and should cruise to a comfortable win here. They will be looking to fix their poor form against the Black Cats in the last few matches and will be motivated heading into the game.