Ever since I saw the scoreline for Sunderland’s win against Norwich yesterday, the above title has been ringing around in my head. There’s always the uplifting effect that a new manager has on the club and yes, many of the mid-table clubs in the Premier League haven’t fared too well of late, but Sunderland’s sustained success in the last couple of months is heartening.

And then, this morning I saw the following ‘league table’ from Opta – looking at the Premier League since December 11: 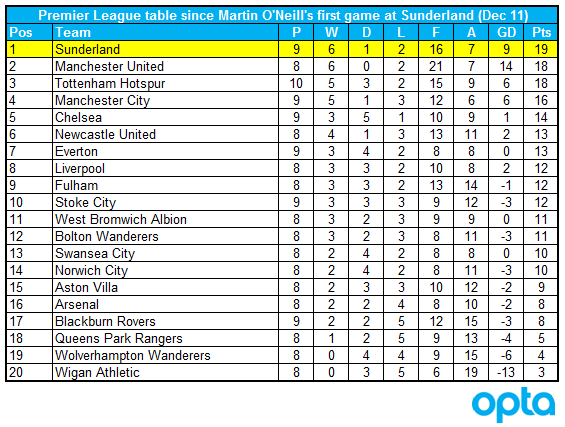 As they say, the league table doesn’t lie. Sunderland have been best ‘form’ team since Martin O’Neill took charge. It’s certainly worth celebrating (and maybe even a cringe-worthy headline or two).