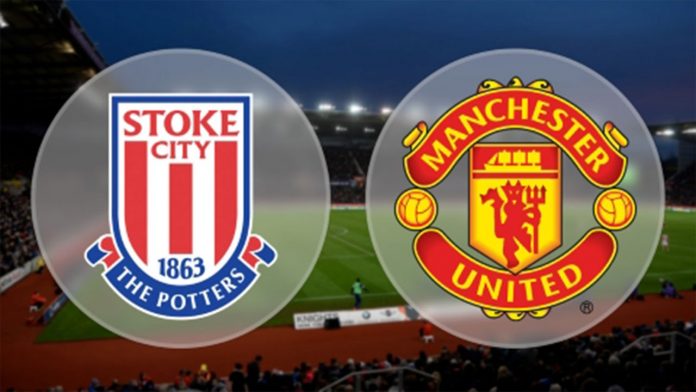 Stoke City host Manchester United in the Premier League this weekend and the Potters will be looking to pull off an upset against Mourinho’s men.

The Potters have impressed lately and have lost just one of their last eight home league matches. Furthermore, they have now picked up back-to-back league wins as well.

The home side have a good record against Manchester United and they will fancy their chances here. The Potters are unbeaten in three home matches against United and managed to hold them to a draw at Old Trafford earlier this season as well.

Mame Biram Diouf, Wilfried Bony and Ramadan Sobhi are all away on international duty at the Africa Cup of Nations. Ireland, Butland, Cameron, Bardsley and Jonathan Walters are all out with an injury.

Manchester United were held to a 1-1 draw against Liverpool last weekend and the Red Devils will be looking to get back to winning ways against Stoke.

The Old Trafford outfit are four points behind fourth-placed Arsenal and will be hoping to close the gap with a win. Jose Mourinho’s side are unbeaten in their last 16 matches and should be able to secure the three points here.

Eric Bailly is the only absentee for Manchester United this week.

Manchester United are undefeated in their last 12 matches in the Premier League.

Stoke have scored at least 2 goals in their last 3 matches in the Premier League.

Manchester United have scored at least 2 goals in their last 3 away matches in the Premier League.

Stoke have seen under 2.5 goals in 5 of their last 6 home matches against Manchester United in all competitions. A low scoring game cannot be ruled out especially with Stoke involved.

Manchester United have been unbeatable for a while now. Bet on the Red Devils to win this weekend.

Stoke City are certainly a force to be reckoned with at home, but United are very hard to beat under Mourinho.

The away side are very well organised at the back and have the players to break down Stoke’s deep defence. Ibrahimovic and Pogba are in very good form right now and should be able to guide their side to a much-needed victory at the Britannia.