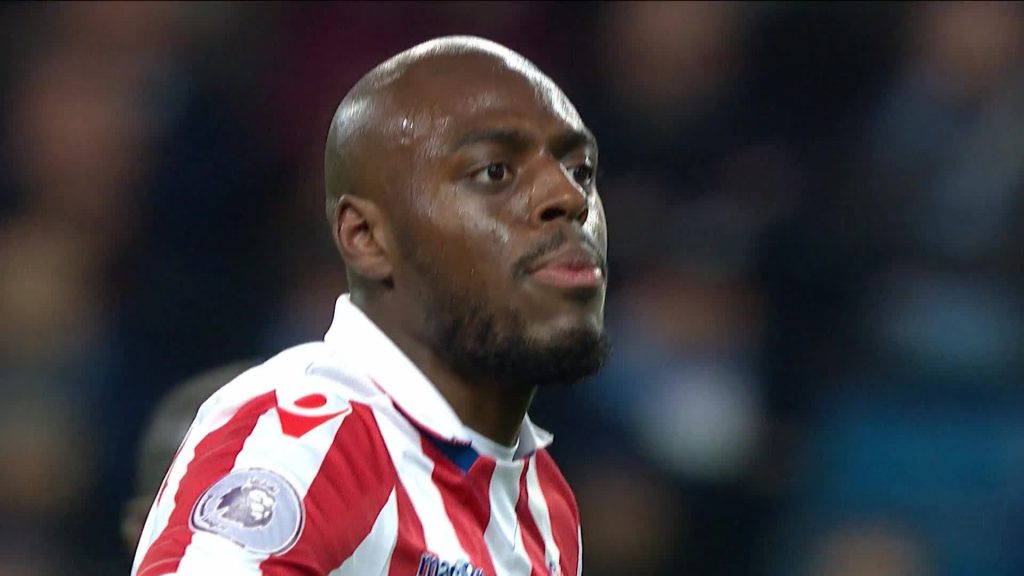 The Netherlands international, who spent last season on loan with the Potters, has completed a £7 million move on a five-year deal.

Martins Indi made 35 Premier League appearances during a loan spell last season to help Stoke finish 13th in the table.

Hughes was desperate to bring the 25-year-old back to England, but negotiations with the Portuguese side dragged on throughout the summer.

Marko Arnautovic, Jonathan Walters, Glenn Whelan and Phil Bardsley have all been sold, leaving Hughes still looking to add quality to his team.

Tottenham defender Kevin Wimmer and Swansea midfielder Leroy Fer have both been linked to the club, but it’s the departure of Arnautovic to West Ham that leaves the biggest hole in Stoke’s squad.

One player Hughes could add to his options is Crystal Palace winger Andros Townsend.

According to the Mirror Stoke face competition from Leicester City for his signature, but working under Hughes could appeal to the 26-year-old.

After loan spells at nine clubs Townsend eventually established himself with Tottenham Hotspur, before making his mark with England as they qualified for the 2014 World Cup.

A move to Newcastle United followed after the player fell out of favour under new boss Mauricio Pochettino, but he left the club after just six months following their relegation from the Premier League in 2016.

Townsend joined Crystal Palace on a five-year contract, but he endured an indifferent first season at Selhurst Park, scoring just three goals in 40 appearances in all competitions.

Hughes has a knack of revitalising players whose form has tailed off and Townsend could reap the rewards should he make the move to Stoke.