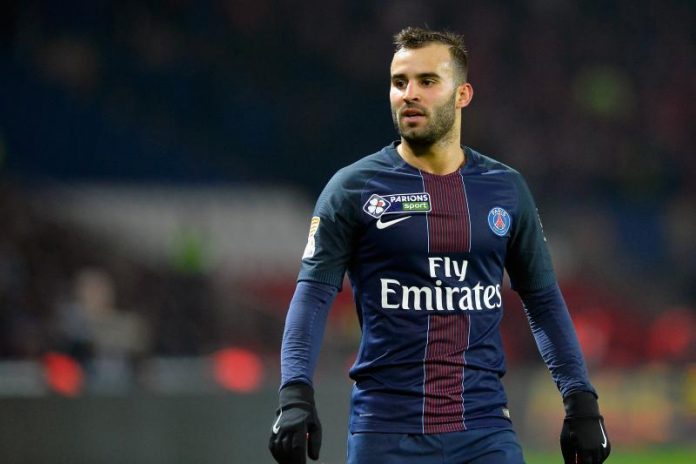 Stoke City have used the announcement of new signing Jese Rodriguez to hit back at former striker Marko Arnautovic.

Jese has joined Stoke on loan from PSG and replaces Arnautovic who left the club for West Ham last month after demanding a transfer.

Stoke have now responded on Twitter, using Jese’s signing as an opportunity to take a swipe at Arnautovic.

After quoting an article with the headline “Marko Arnautovic: West Ham are a bigger, more ambitious club than Stoke”, the video clip went on to define the word ‘ambition’ before mentioning Jese’s past clubs and honours, which include two Champions League titles.

? We all need a bit of inspiration halfway through the working week…

We think this tweet will excite you all!#WelcomeJesé ? #SCFC ?⚪️ pic.twitter.com/FZQ7Zw3tw2

Jese spent nine seasons with Real Madrid, scoring 12 goals in 62 La Liga appearances, and was part of their Champions League winning squads in 2014 and 2016.

He suffered a serious knee injury, but regained his fitness and subsequently completed a £22 million transfer to PSG.

Stoke chief executive Tony Scholes said: “Jese was a man in demand when PSG made it clear they would allow him to leave on loan and we’re delighted he has chosen to join us.

“He hasn’t had the happiest of periods in his career in Paris, but he’s still only a young man and is hungry to make a big impression in the Premier League.