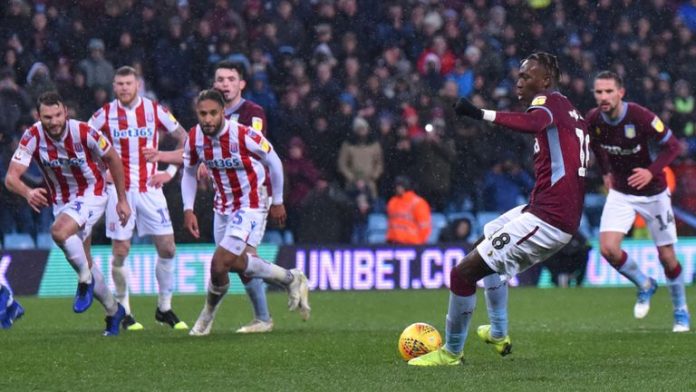 Both sides have struggled for form in recent weeks and Sky Sports‘ pundit David Prutton has tipped them to fight out a 1-1 draw this weekend.

“It’s five without a win in the Championship for Nathan Jones, although that run really should have come to an end against Ipswich last week,” he said.

“Dean Smith will also be starting to feel a bit of pressure at Aston Villa.

“Their play-off hopes have drifted away massively and they need some kind of a result somewhere to get themselves going, but I reckon this will be a draw.”

Villa drew 2-2 with Stoke earlier in the season to extend their winless run against the Potters to four games.