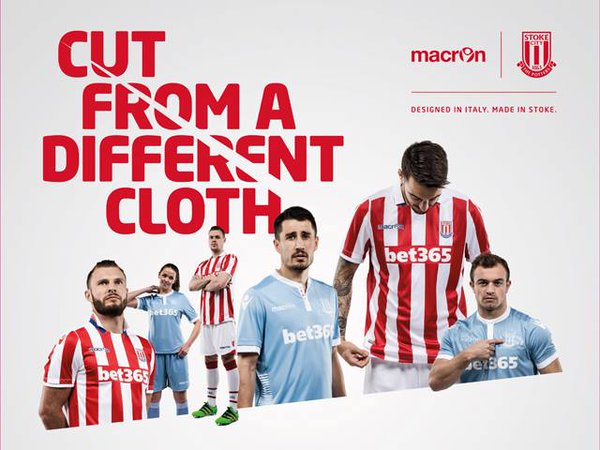 The Potters have released the brand new official Stoke City 2016-17 kits (home and way) for the upcoming season on May 6, 2016. The new 16-17 kits have been made by Macron, and it features bet365 as the club’s primary sponsor.

This is the brand new Stoke City home kit that will be used for the 2016-17 season. 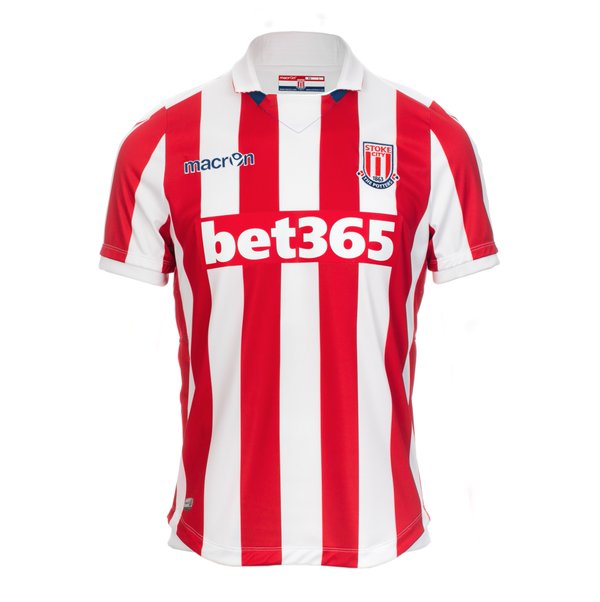 The Stoke City 16-17 home shirt is about the club’s traditional classic red and white stripe. A combination of four red and three white stripes covers the front of the new Stoke City home jersey. The back is mainly white in colour, stripes are visible on the sleeves while the cuffs being white.

The collar reveals a panel of red and white stripes and a navy blue line runs around the neckline. Both shorts and socks are white with detailing in red and blue.

The Stoke City 16-17 blue away kit draws inspiration from the strips worn in the late 1970s and early ‘80s and which figured in the promotion winning season of 1978/79.

The away shirt features an embossed S which adorned the first ever Stoke Kit back in 1882, as well as red press studs at the collar and a red and white tab to the back neck. have incorporated a white panel on the reverse of the shirt. 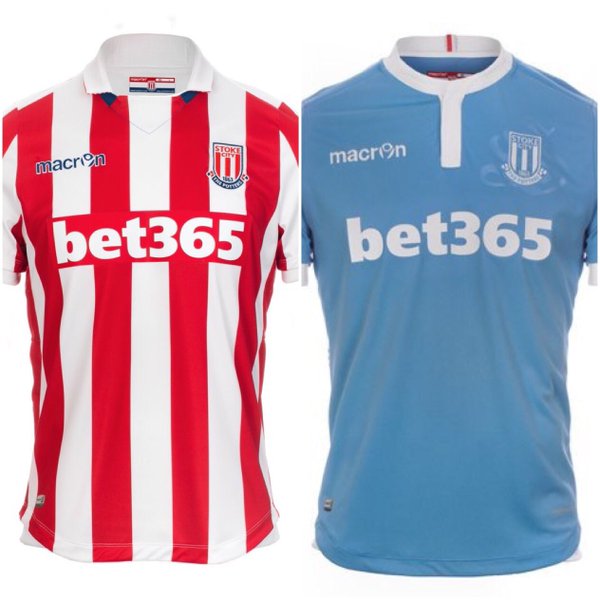 To ensure better visibility to complement UEFA’s rules for clubs playing in European competition Stoke City 2016-17 Kits have incorporated a white panel on the reverse of the shirt.

The Potters have retained the red and white stripe DNA on the part of the back and incorporated red letters and numbers to complement the shirt.

Both the 2016-17 Stoke City home and away kits are manufactured using Performance System Fabric for increased comfort, breathability and moisture absorption. The first-ever Macron Stoke City home kit will make its debut in Stoke City’s last Premier League game of the season, at home against West Ham on May 15.