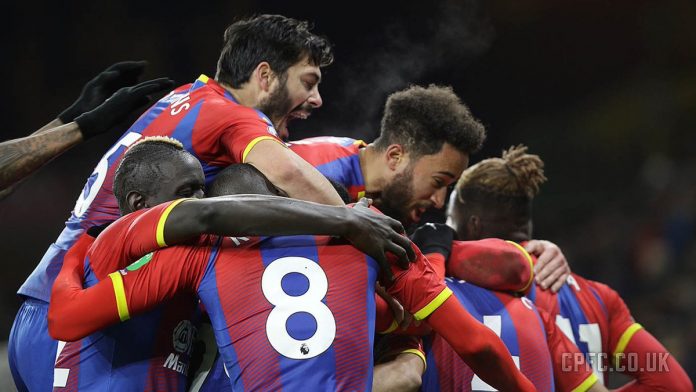 Crystal Palace chariman Steve Parish has taken to social networking site Twitter to express his reaction after the Eagles won their Premier League game on Wednesday.

Roy Hodgson’s side won 2-0 away to Wolves on Wednesday. Jordan Ayew and Luka Milivojevic scored for the visitors to earn all three points.

Parish has praised Ayew and the travelling fans for their support. He tweeted:

Another great all round team performance and of course so pleased for @jordan_ayew9 #facup next, welcoming @officialgtfc and the 5,500 they are bringing! #epl #cpfc @ Wolverhampton… https://t.co/EpQOcRytIo

After a goalless first half, it took 83rd for Palace to break the deadlock. Ayew produced a sublime touch to control Patrick van Aanholt’s effort and then converted from close range.

It was his first goal for the club. Milivojevic then made no mistake from the penalty spot deep into stoppage time to add seal the victory. after Wilfried Zaha was brought down by Ryan Bennett.

Palace have now moved six points clear of Southampton in 18th. The Eagles managed 48% of possession during the game, attempted 17 shots of which they managed to keep four on target, according to BBC Sport.