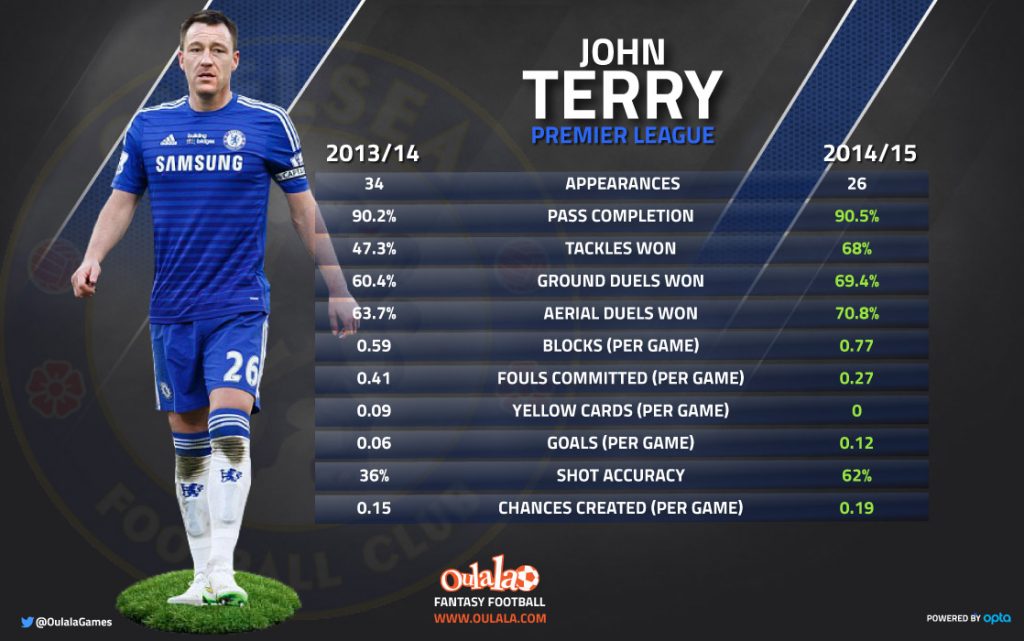 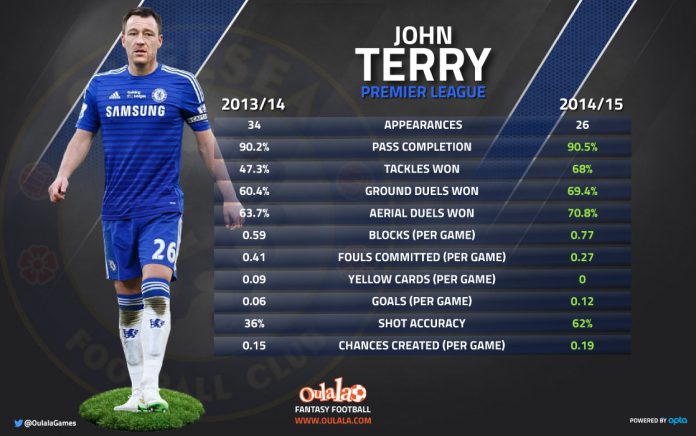 John Terry is showing exactly why he deserves a contract extension at Chelsea, analysis from Opta-powered fantasy football game Oulala has shown.

The 34-year-old put in a man of the match performance on Sunday and helped Chelsea claim the club’s fifth League Cup title after their victory over Tottenham at Wembley with his first ever cup final goal.

The Chelsea captain is enjoying a terrific campaign but is yet to sign a contract extension to take him into next season despite Jose Mourinho’s recent comments that Terry will stay at the club for a further year. Chelsea recently introduced a policy that players over the age of 30 would only be offered one-year extensions with Terry agreeing to such terms last summer.

With his performances last season meriting a further year at the the club, Oulala decided they’d check out how he compares this season to last and the results were extraordinary.Of the 10 criteria studied Terry is excelling in every area within the Premier League.

Terry is also committing fewer fouls per game (0.27 to 0.41) and in turn is still yet to pick up a yellow card in the Premier League this season. The defender also has a narrowly superior pass completion rate of 90.5% to last season’s 90.2%.

As a player also known for his goalscoring abilities it is a further area where Terry has improved with a shot accuracy of 62% this season to his previous 36% and a strike-rate of 0.12 goals per game to 0.06 last term. He has even created more chances for his teammates (0.19 to 0.15).