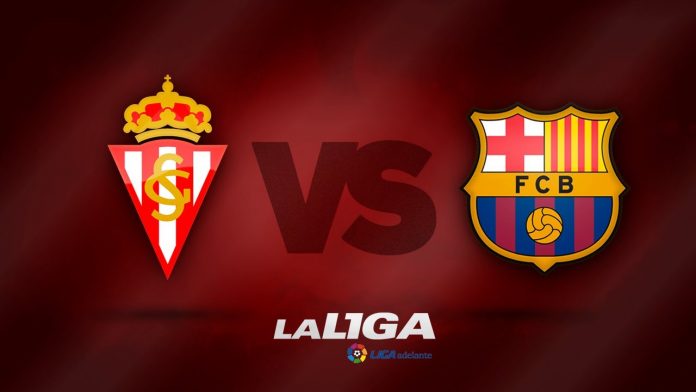 The home side have had a mixed start to their season so far and will need to improve defensively if they wish to avoid a thrashing from the champions.

Gijon have been very poor at the back in their last few matches and they will be up against the best attacking unit in world football this weekend.

They have impressed going forward but that won’t be of much help against a possession-oriented side who are unlikely to give the ball away often.

Gijon will have most of their key players fit for this game. Moi Gomez is the only worry. The attacking midfielder is carrying a knock and is expected to miss out.

Barcelona have had a stop-start season so far.

The Catalan giants started well but then crashed to a defeat against Alaves.

Luis Enrique’s side did well to respond with a few stunning performance. Last week they were again held to a draw by Atletico Madrid.

The champions will be looking to address this inconsistency when they travel to Gijon this weekend.

In terms of quality, Barcelona are perhaps the best in the country and will look to exploit Gijon’s defensive frailties.

However, their task will be harder without their best player – Lionel Messi.

The Argentine is injured and is likely to be replaced by Arda Turan.

Samuel Umtiti is also sidelined due to ligament damage, meaning that Jeremy Mathieu and Javier Mascherano should get a chance for redemption in defence.

Barcelona have won 9 of their last 10 matches against Sporting Gijon in all competitions.

Barcelona have scored at least 3 goals in their last 3 matches against Sporting Gijon in all competitions.

Barcelona have an excellent record against Gijon. Get them to win the game at 1.24.

Despite their impressive home form, Gijon simply aren’t disciplined enough to contain the likes of Neymar and Suarez.

Barcelona will be hungry for a win after dropping two points in their last game.

They have the quality to comfortably outplay their opposition this weekend. An away win is likely.