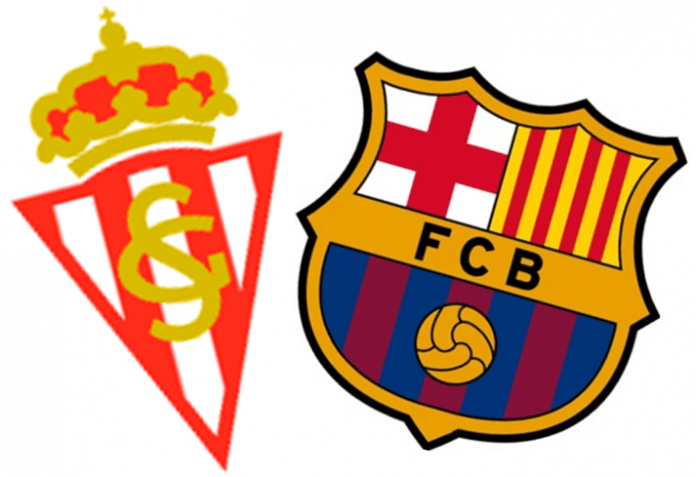 All eyes will be on Lionel Messi and whether he can reach the milestone of 300 La Liga goals when Barcelona travel to El Molinon to face Sporting Gijon on Wednesday evening.

Barcelona are looking simply unstoppable at the moment. The Blaugrana are unbeaten in their last 30 games and could extend their lead at the top of table to six points, should they win against Sporting tonight.

Sporting, 16th in the table, have managed only three victories in their last 15 games, but Abelardo Fernández’s side are heading into this tie on the back of a decent form, after remaining unbeaten in their last four La Liga games.

Former Barcelona academy player Antonio Sanabria and Dani Ndi will miss out for Sporting due to injury.

Alen Halilovic may start against his parent club, while Alberto Lora is expected to start at right back.

Barcelona may look to give Dani Alves some rest and Aleix Vidal may start in his place.

Arda Turan could start this match in place of Iniesta, while Jeremy Mathieu likely to deputise in Alba’s absence.

4 – Sporting are unbeaten in their last four La Liga matches