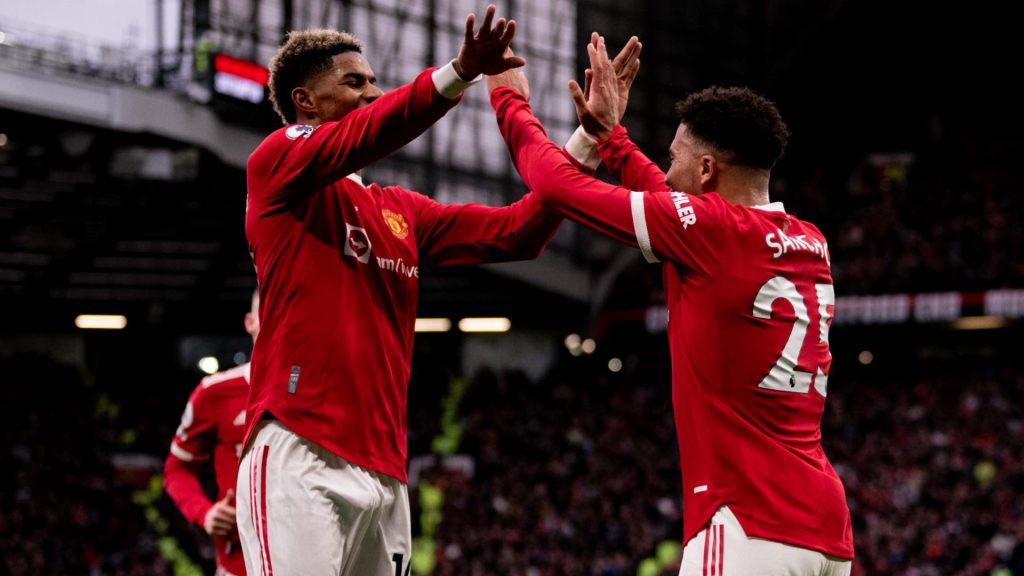 Manchester United will look to make it back-to-back wins when they travel to the south coast to take on Southampton in Saturday’s Premier League lunchtime kickoff.

How does £20 worth of free bets sound for the return of the Premier League? If you are yet to sign up with Virgin Bet, you can redeem yours within a matter of clicks.

Che Adams is on fire, Man Utd’s defence is terrified! Well maybe not terrified after restricting Liverpool to just the one goal but Adams is in fine form having scored four times in his last two games.

The Scotland international has gradually made his way up through the football pyramid from his humble beginnings at Oadby Town and is currently playing the best football of his career.

His pace and power seems to have ratcheted up a notch this season and it’s well worth backing Adams to keep his scoring streak going against the Red Devils.

It’s too early to say Marcus Rashford is back but he certainly looked fired up and reinvigorated in his energetic display against Liverpool. His clinical finish after beating the offside trap by the merest of margins would have pleased Eric ten Hag no end.

Southampton have conceded seven goals in their opening three Premier League fixtures with boss Ralph Hasenhüttl changing formation each time his side has lined up. Saints have gone from five at the back to three, and then to four for their win over Leicester.

But regardless of how they line up at home to United, Rashford looks a good price to score against Southampton’s leaky defence at 11/5.

Obviously predicting an exact score in the Premier League requires an element of luck but this fixture should see a decent amount of goals. Attack is looking like the best form of defence for Man Utd and Southampton at the moment so I’m lumping on 2-2.

The previous two fixtures between the clubs finished 1-1 so they do have a recent history of score draws. With both clubs on a high after winning their last games, we should be in for an entertaining game which ideally finishes as a 2-2 draw.

This may seem slightly left field but hear me out. Man Utd expended a huge amount of energy against Liverpool and that could come back to bite them on Saturday.

Don’t forget they played on Monday night so have had less rest than Saints and while it may be early in the season that still has an effect. The crowd will be pumped for this one and it’s plausible that Southampton will try to replicate what Brentford did to Ten Hag’s side recently, so back them to lead after 45 minutes.