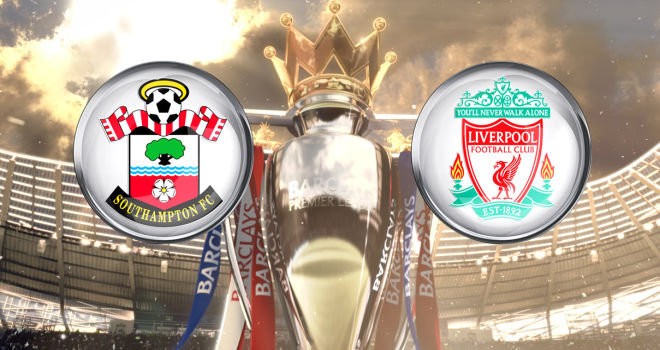 Jurgen Klopp‘s side are in rampant form right now, and will be looking to extend the gap with the likes of Chelsea and Manchester City at the top of the table this week.

Liverpool are unbeaten in their last 12 matches and have won 10 of those. The Reds are arguably the best attacking team in the country right now and have been on fire in front of the goal.

They will be confident about getting a result here and their recent run of form against the Saints will only add to their belief when they travel to St Mary’s on Saturday. Klopp’s men have won three of their last four meetings against Southampton.

Danny Ings is the only injury worry for the Reds. The English forward has been ruled out for 7-9 months after suffering another knee injury.

Adam Lallana was forced off in the first half of England’s 2-2 draw with Spain from a suspected calf injury, but apparently, it is not serious enough to keep him out of this game. However, the former Southampton midfielder might fail to start.

Southampton are going through a rough patch at the moment. Claude Puel‘s side will be without a number of their key players for this upcoming match. Furthermore, the home side are struggling on the pitch as well. They have won just three of their last nine competitive matches.

Liverpool have done exceptionally well against the Saints in the last few years, and considering their goalscoring record against Southampton, the home side could be in for a tough time this weekend. Puel is without his two first-choice full-backs, and the replacements will be up against Mane and Coutinho.

Southampton won 3-2 the last time the two sides met, and will be hoping for a similar result here.

Pierre-Emile Højbjerg is a doubt for this fixture after being forced to withdraw from the Denmark squad with a knock. Ryan Bertrand also picked up an injury during the international break. The likes of Shane Long, Jake Hesketh, Alex McCarthy, Matt Targett, Harrison Reed, Jeremy Pied and Cedric Soares are expected to be sidelined as well.

Liverpool have won 7 of their last 8 matches in the Premier League.

Liverpool have scored at least 2 goals in their last 4 away matches against Southampton in all competitions.

Liverpool have won three of the last four matches against Southampton.

Liverpool are in superb form right now. Get the Reds to win at 21/20 with Ladbrokes.

Liverpool have been winning at both half-time and full-time in 6 of their last 8 matches in the Premier League. Bet on Liverpool to win both halves at 19/4.

The Reds are in fantastic form right now and should be able to deal with Southampton comfortably.

The home side will be without some of their key players in defence, and coming up against the best attacking trio in the league, it could be fatal.

Liverpool should pick up the three points and maintain their place at the top of the table.

Using Odinbet can help the user determine a possible match winner, what the chances are of both teams scoring, or whether there will be over/under 2.5 goals in the game.

Having this statistical analysis at the user’s fingertips will empower he or she to make an informed decision when placing bets, and, as such increase the probability of a successful wager.

Odinbet is free to sign up for and easy to use, with the website able to provide statistical analysis for games played in world football’s top 12 leagues. The filter system can refine which games the user should bet on and allows him or her to pour over the analysis that the mathematical system produces.

With all probabilities and information in hand, the user can also view all the available odds from various bookmakers to ensure he or she will get the best possible return on investment.