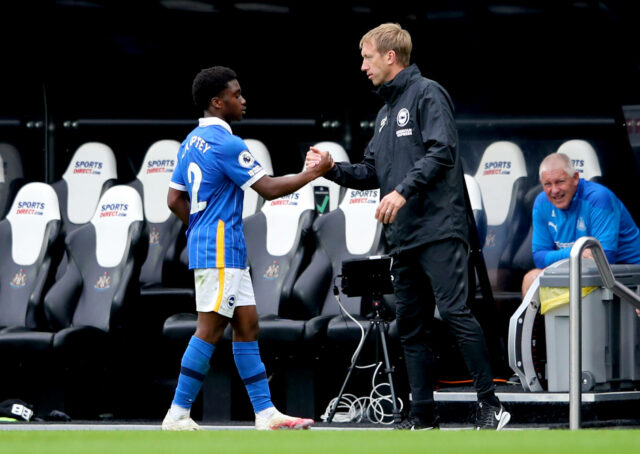 Brighton will be hoping to get back to winning ways when they take on Southampton in the Premier League this weekend.

Graham Potter’s side are currently 9th in the Premier League table but they have picked up just four points from their last six league matches.
Meanwhile, Southampton are winless in their last three Premier League matches as well and they will be hoping to pick up all three points in front of their fans this week.

Burnley have failed to win their last nine matches in the Premier League and Graham Potter will be thoroughly disappointed with his side’s dip in form after an impressive start to the season.
Meanwhile, Southampton were held to a draw against Leicester City in their last home game and they will have to improve defensively in order to grind out all three points here.
The home side have conceded eight goals in the last three Premier League matches and Brighton will be hoping to exploit their defensive vulnerabilities.
Southampton have picked up three wins and two draws in their last six meetings against Brighton and it remains to be seen whether they can emerge victorious here.

Here are the latest betting odds for Southampton v Brighton from Betfred:

Both teams have been quite vulnerable at the back in recent weeks and they will be looking to outscore each other this weekend.
Brighton have conceded at least once in five of the last six matches across all competitions and they are up against the site that has shipped out eight goals in their last three outings.
A high scoring game could be on the cards here.