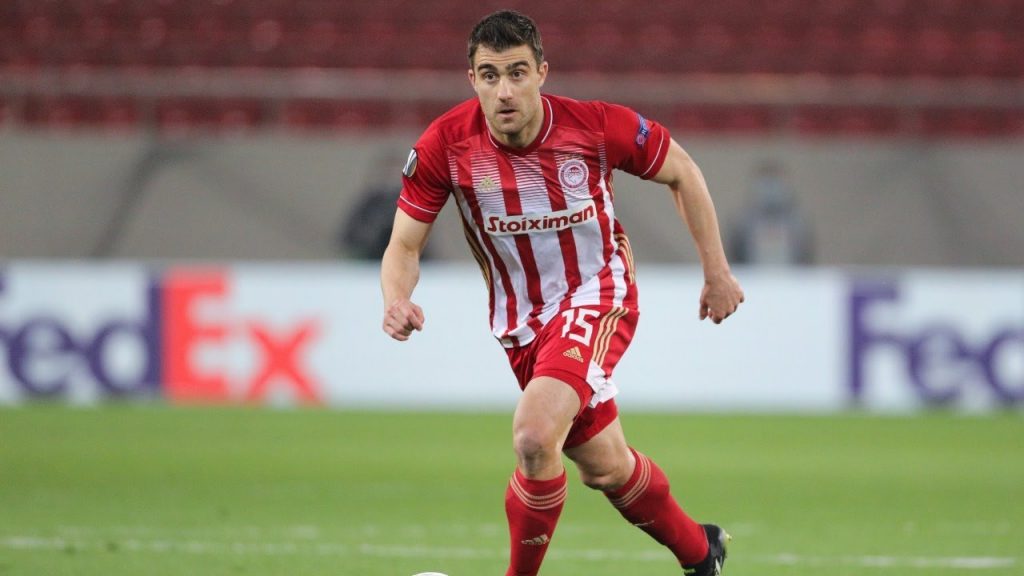 Olympiacos defender Sokratis Papastathopoulos has said that he is looking forward to a ‘difficult game’ against former club Arsenal in the round of 16 of the Europa League.

The Greek centre-back spent two-and-a-half years with the Gunners but his contract was terminated last month such that he could join Olympiacos on a free transfer.

He will now come face-to-face with his former employers in the last 16 of the Europa League and anticipates a special but difficult game against the north London giants.

“This game is something special [for me]. I believe it will be a difficult game. Arsenal is a very big team,” He told Olympiacos TV, as translated by journalist Chris Wheatley.

“[Since last year’s clash] they have the same coach with two or three new players, it’s a team with very high quality but we also have points that we can hit.”

Sokratis made 69 appearances for the Gunners but fell down the pecking order during the second half of the previous campaign.

He did not play a single game for the club during the first half of the current season after being left out of the Premier League squad alongside Mesut Ozil.

Hence, he had to settle for playing time with the Under 23s but remained respectful over the decision before heading to Piraeus last month.

The Gunners have already faced Olympiacos on 10 occasions in 11 years. Last season, the Greek side shocked them with an away-goal triumph in the Europa League last 32.

Just few days back, Arteta’s side borrowed the Greek club’s home stadium to host the second leg of the European tie against Benfica.

In a surprise coincidence, they have been drawn alongside Olympiacos once again and will make the trip to Piraeus for the last 16 first leg on March 11.

Sokratis will play at the heart of Olympiacos’ defence and will be determined to deny the Gunners a quarter-final berth in the competition.