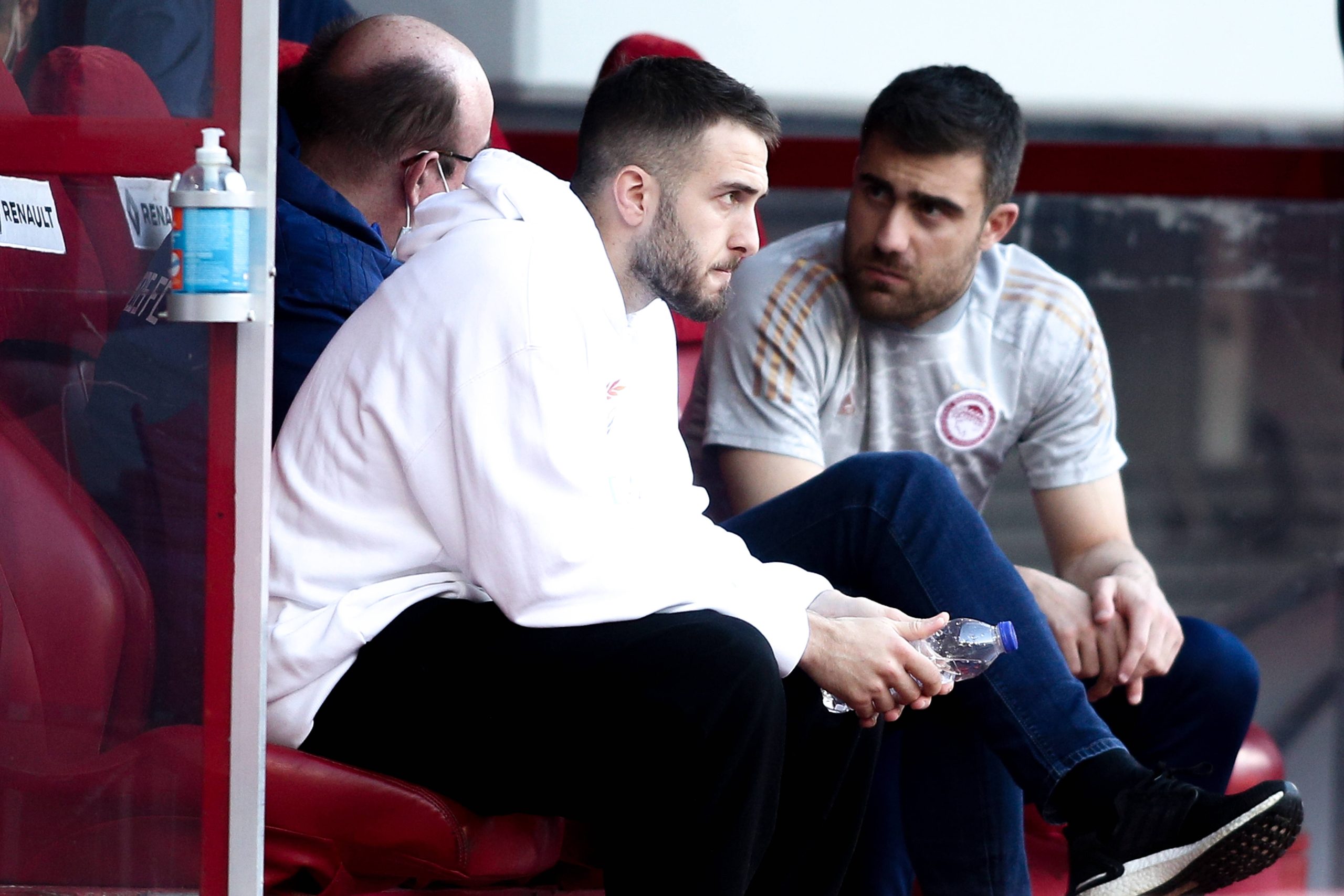 Arsenal take on Greek side Olympiacos in the Round of 16 of the Europa League on Thursday, with a defeat against them last year still in the back of their minds.

The duo clashed in the round of 32 of the same competition last season, where the Greek side surprised the footballing world by cruising through at the Gunners’ expense.

Since then, not much has changed at the Karaiskakis Stadium.

Pedro Martins is still at the helm in Athens, while most of the players who defeated Arsenal 2-1 to advance on away goals are expected to start on Thursday night.

Olympiacos 🆚 Arsenal on Thursday is the biggest game Arsenal are gonna play this season, it's the one that determines how our season will look like, we have to go hard that day!

One noticeable change is Sokratis Papastathopoulos. The defender was an important squad player for the London side in the fixture against the Red-Whites last year.

The 32-year-old played the full match in Athens and was brought on as a substitute in the second leg.

Sokratis joined Olympiakos in January 2021 after Arsenal agreed to terminate his contract. His new teammates will hope to make the most of his time in London ahead of their clash on Thursday night.

Bruma, who is on loan to Olympiacos from Dutch side PSV Eindhoven, spoke exclusively to Goal.com about the game.

“He has told us some secrets, but I won’t tell you about any of them,” admitted the winger.

“It’s between us and Sokratis. Of course, he knows Arsenal’s locker room better than anyone.

“He is a player with a lot of experience. He’s played for Milan, Dortmund and Arsenal, who are all great, great clubs.

“We are really pleased to have him here, and I’m sure he’s going to be a big help on Thursday.”

We will only know the effectiveness of those ‘secrets’ on Thursday night.