Barcelona-Real Madrid. Celtic-Rangers. Boca-River. Manchester United-Manchester City/Liverpool/Arsenal/your mother, sister, and cousins. Those are some of the most intense rivalries in the world of football. But, you can’t talk about intense rivalries without bringing up Fenerbahce-Galatasaray.

The Turkish titans tussle tomorrow at Fenerbahce’s Sukru Saracoglu Stadium, and it is a pivotal early clash in regards to the Turkcell Super Lig title race. Galatasaray currently top the table, and Fenerbahce are third, with up-and-coming Sivasspor in between the two rivals.

The home side have an important Champions League match against CSKA Moscow on Wednesday, but there can’t be any looking ahead, or it could cost them dearly. They would no doubt love nothing more than to snap Galatasaray’s 14-match unbeaten streak to open the season and close the gap at the top, along with ensuring they go into Wednesday’s match on the right foot. But, a Galatasaray win would put more distance between them and their rivals, and hey, there’s nothing like celebrating on your arch-rival’s home ground, right?

Fenerbahce are the reigning champions of the Turkcell Super Lig, having won the title by nine points over the other member of Istanbul’s ‘Big Three,’ Besiktas. It was their 17th league championship, breaking the record that they shared with Galatasaray.

Currently, they are four points behind Galatasaray, with 28 points from their first 14 matches (8 wins, 4 draws, 2 defeats)., after a 1-0 at Denizlispor last Saturday.

Right now, you couldn’t fault them if their focus was more on the Champions League, where they will qualify for the round of 16 if they can defeat CSKA in Istanbul next week.

Galatasaray currently top the league table with 32 points from 14 matches (9 wins, 5 draws). They are currently one point ahead of Sivasspor, after a 2-2 draw against Istanbul Buyuksehir Belediyespor last Sunday. Their last league title was in 2005/06, when they edged out Fenerbahce by two points.

They are currently in the UEFA Cup group stage, and are fourth in Group H, one point behind Greek side Panionios for the third round of 32 berth from the group.

Galatasaray have historically been the better side in European play, and have the 2000 UEFA Cup and Super Cup titles to hang over Fener’s heads.

The rivalry dates back to 1909, when Galatasaray claimed a 2-0 win in a friendly match.

According to FootballDerbies.com, the rivalry really took shape following a match on 23 February 1934, when on-pitch tensions between the players boiled over into violence.

Also according to the site, there have been 356 recorded matches in all, with Fener holding the edge – 134 wins to 114 for Galatasaray, with 108 draws.

Results have been dominated as of late by Fener, who have won six of the last seven meetings, including the last five league clashes between the two.

In their last meeting, Fenerbahce claimed a 2-1 win at Galatasaray in the next to last match of the 2006/07 campaign, putting the cherry on the sundae after having already clinched the league crown the weekend before.

Former Japan manager Zico took over Fenerbahce from Cristophe Daum in July of 2006, and guided the Turkish club to the domestic league and cup title in his first season, following in the successes of Fener’s other Brazilian managers, Carlos Alberto Pereira (best known for leading Brazil to the 1994 World Cup title) and Didi.

Galatasaray has also had its share of notable managers, including Graeme Souness, who was involved in a memorable incident during his time in Istanbul, when he planted a Galatasaray flag on the center circle of Fener’s pitch after a victory in the Turkish Cup final in April 1996.

Karl-Heinz Feldkamp is in his second stint at Galatasaray, as he returned to the club in June to replace Erik Gerets. Feldkamp led Galatasaray to the 1992-93 league title in his previous stint, and also coached at the two sides’ other major rival, Besiktas, in 1999. 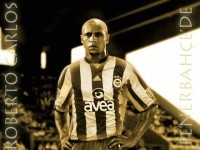 The most notable member of Fener’s starting lineup is Roberto Carlos (yes, the Roberto Carlos), who made the move to Turkey this summer after leaving Real Madrid.

Galatasaray boast three of the more recognizable names in Turkish football – forwards Hakan Sükür and Umit Karan, and midfielder Hasan Sas. Sukur, who has played for Inter, Parma, and Blackburn in his career, is Turkey’s all-time leading scorer both in league play (242 goals) and internationally (51 goals) – where he may be most remembered for scoring 10.8 seconds into the third-place game of the 2002 World Cup vs. South Korea, the fastest goal in World Cup history, Karan has more than 100 league goals in a distinguished career, and Sas is a regular in Turkey’s national side. 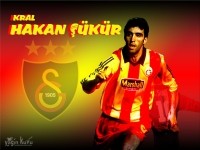 As for foreign stars, the well-traveled Cameroonian star Rigobert Song is a rock in Galatasaray’s defense, and believe it or not, he’s still only 31. Swedish international midfielder Tobias Linderoth (played for Everton from 2001-04) came to Turkey in June, and the midfielder has been a vital part of the squad early on, but he’s been out of action recently due to injury. Former Monaco and Blackburn forward Shabani Nonda has taken his finishing skills to Istanbul, where he has become the side’s leading scorer in his first season (five league goals.

It’s not going to be easy for Galatasaray to penetrate the fortress that is the Sukru Saracoglu Stadium. Fenerbahce have not been defeated at home in more than a year, dating back to a 1-0 defeat to Bursaspor on October 1 of last year.

This season, Fener have been stellar, winning nine matches and drawing the other (6-1-0 in the league). They have won their last five home matches by a count of 14-4.

But, Galatasaray have played well away from home this season, recording four wins and three draws in seven away matches in the league.

Despite the significant match that looms for Fenerbahce, they know that there’s always something at stake when they tangle with their biggest rivals, may it be league position, a cup, or just bragging rights. And, given their recent run of success at home, both overall and against Galatasaray, I’ll take the home side to get all three points and not only maintain bragging rights, but also close the gap at the top of the league.