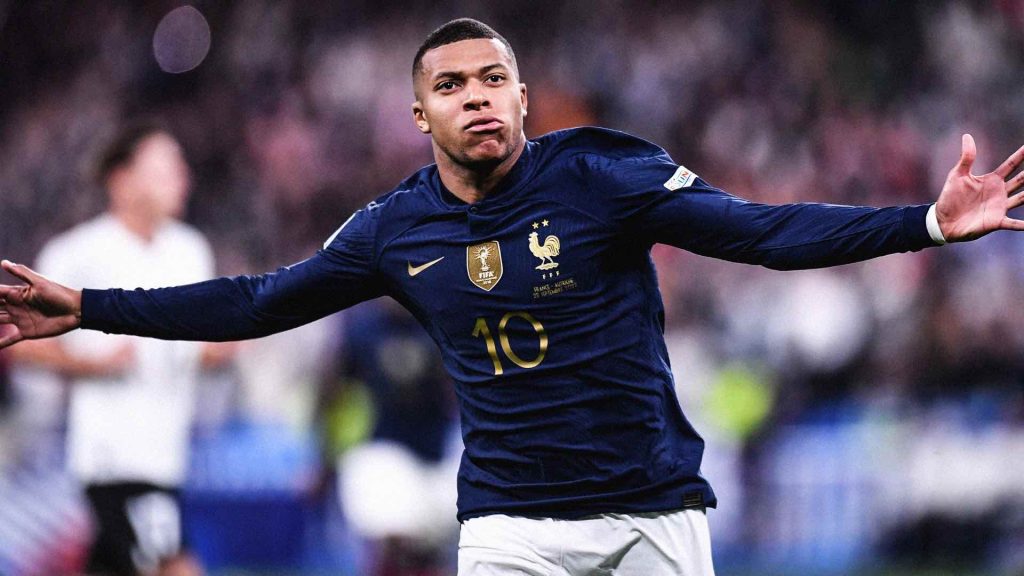 The 2022 FIFA World Cup in Qatar is here and we have a soccer same game parlay for France vs Australia which kicks-off at 2pm EST for the defending champions.

The 2018 champions in Russia are without several key players for the 2022 tournament, such as integral pieces Paul Pogba, N’Golo Kante, Karim Benzema, Christopher Nkunku and Presnel Kimpembe.

Kylian Mbappe is likely to be paired with Olivier Giroud and Antoine Griezmann in attack instead of Benzema and Nkunku and France fans should expect a routine victory.

We’re picking France at -340 to beat Australia and open up their Group D campaign in style.

Back France to win @ -340 With BetOnline

Since making his senior debut in March 2017, PSG forward Kylian Mbappe has scored 28 goals in 59 appearances for Les Bleus alongside winning the World Cup in 2018.

Mbappe became the second teenager after Pele to score in a World Cup final and tallied four goals across the tournament, earning the FIFA World Cup Best Young Player Award.

The 23-year-old superstar is a safe bet to kick-off his World Cup campaign with a bang against Australia.

Back Mbappe to score first @ +250 With BetOnline

Australia are making their fifth consecutive World Cup appearance in Qatar this year but we’re anticipating France to overwhelm the Socceroos on the occasion.

Despite falling to defeat twice in their previous three Nations League encounters, form can’t be deeply scrutinised as seen with England who thumped Iran 6-2 on Monday after going winless in six.

France should come out of the gates on fire and set the World Cup alight with their attacking prowess and defensive dominance and prove why they deserve to be in the conversation for a consecutive crown.

Back France to win both halves @ +160 With BetOnline