There is a growing enthusiasm here in the United States for Football with the young kids (they call it soccer – we’ll call it football in this article), since over the last few years or so they have been able to watch the Premiership and other top leagues (Serie A, La Liga etc) on the Fox Soccer Channel (owned by Rupert Murdoch of SKY television).

They play football as kids so they know about the game – but the fairly recent introduction of top class football (as contrasted to their own MLS — Major League Soccer — which isn’t top class) has a number of kids watching avidly.

A case in point was yesterday when I had lunch with one of my close friends John, and the guys in the next booth kept turning around — seemingly listening to our conversation. I talk too much and too loud (my wife tells me this every day :D) so I indicated to John, my friend, that I’d better reduce my noise level — and thought no more about it.

John was arguing that he couldn’t understand how football would ever be successful in the US – because there were no time-outs – so the only way they could broadcast it here and make money was via PPV (Pay Per View). I argued that wasn’t the case at all since the Fox Soccer Channel is free and they broadcast about 4-5 Premiership games a week. Also, ESPN over here broadcast the European Champions league games live – all without commercial interruption.

Well – we finished the meal about 30 minutes later and on leaving the restaurant — a bunch of teenagers had amassed outside and one of them said “Hey are you English?”

I said yes and he immediately added “Are you watching the Liverpool Chelsea game this afternoon?”

“Liverpool” I said “will be hard to beat at Anfield”

At the end of the fairly brief conversation I volunteered that my team was the great Newcastle United — who play in black and white stripes (a hint – in case he didn’t know who they were). “Yes” he said “they didn’t play very well on Monday did they?”.

” No — but we’ll be a lot better next season with Michael Owen back” I offered.

This interaction would never have happened a short three years ago — but the kids over here are now catching onto soccer — big time- and they are all excited that David Beckham is coming over to play for LA Galaxy. Take a look at the LA Galaxy web site http://la.galaxy.mlsnet.com/t106/index.jsp

Will soccer ever be a huge sport in the USA?

Probably not – but there are many kids starting to play the game seriously – as they see they can make big money and big careers in Europe – with players like Brad Friedel, Carlos Bocenegra, Brian McBride, Kasey Keller and DeMarcus Beasley playing regularly. 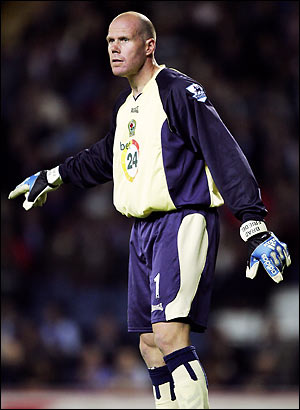 It seems also that youngsters are coming through here that would be good captures for clubs in Europe – as more US athletes are taking to soccer – maybe Newcastle United need to partner with an MSL team over here – and use them as a feeder club.

Freddy Shepherd – are you listening?

Ed Harrison writes for – you guessed it – the Newcastle United blog.