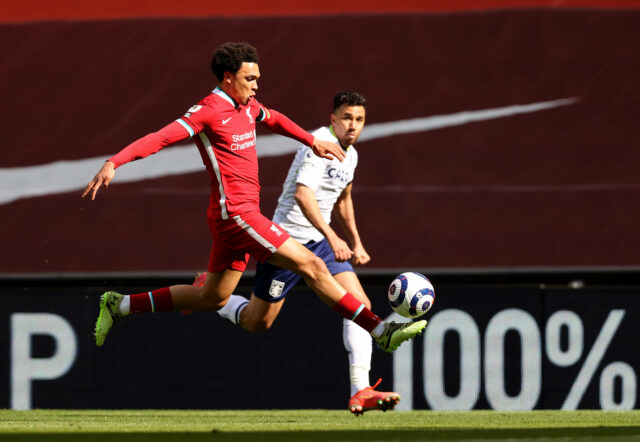 Liverpool moved up to fourth in the Premier League with a 2-1 victory over Aston Villa at Anfield on Saturday.

Trent Alexander-Arnold scored the Reds’ winner in the dying minutes of the match as Liverpool picked up all three points.

Liverpool legend Sir Kenny Dalglish took to Twitter to express his reaction after the Reds right-back netted the winner in the injury time.

Villa took the lead in the first half through Ollie Watkins. The England striker, who bagged a hat-trick in Villa’s 7-2 win in the reverse game, was scoring his 12th goal of the season in the Premier League.

Roberto Firmino fired home from close range just before the break, but VAR ruled out the goal as Diogo Jota was just offside in the build-up.

The Reds – who had lost six games in a row at Anfield – had finally scored their first goal from open play this year at home.

Villa came close to scoring as Trezeguet’s effort hit the post, but Alexander-Arnold had the final word as he fired home from the edge of the box after Martinez made a superb save off Thiago Alcantara.