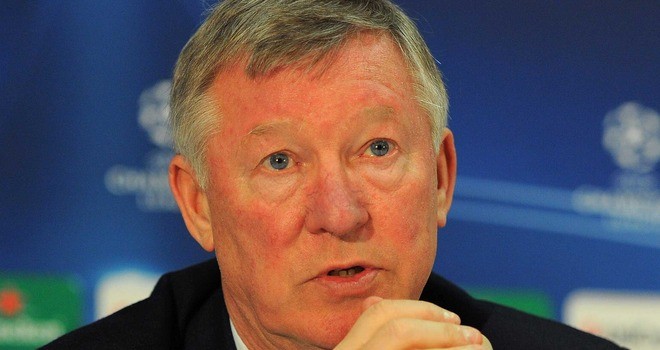 Sir Alex, who is a long standing advocate of the idea, has again brought up the issue and has also taken a swipe at influential TV rights holders.

The United Boss is currently managing his team during a crucial phase of the season in which there is little room to relax or take any match lightly.

Manchester United’s semi final clash against Schalke will be their 8th game in April, each of which was a must win. Furthermore, United are set to play 4 games in a less than two weeks which will decide United’s fate both domestically and in Europe.

Although Ferguson has always stressed that he enjoys such demanding situations, he again brought up the issue of a winter break in English football.

While speaking to satellite radio station Sirius XM, the Scot talked about how the break could help the game. He said:

“I have been saying this for years”

“It is not just to give the players a rest. It is to get rid of all the little injuries they carry.

“It would also freshen everyone up mentally, including my staff because they could do with that break as well.”

Despite advocating the idea, Ferguson does not feel very optimistic about it being implemented anytime soon.

And he has put the blame for the failure on the influential right holders in TV and media, who he believes will always put their personal motives above the betterment of the game.

“Somehow, they just will not listen to the people who really matter in the game – supporters, players, staff and coaches.

“That’s when maybe you think TV has too much power.”

Sir Alex Ferguson has again raised a debatable topic and it remains to be seen how much importance will be given to his viewpoint this time around.