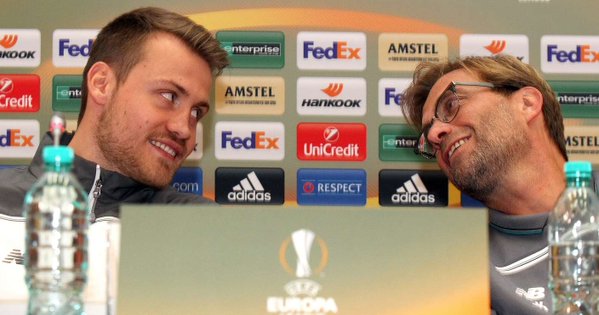 Belgium goal keeper Simon Mignolet is on the verge of signing a contract extension at Liverpool by the end of this month, according to reports.

Mignolet has two and a half years remaining on his five years contract he signed since joining the club from Sunderland in 2013.

Liverpool are willing to revise his £60,000-a-week deal, and negotiations have progressed swiftly. By the look of things, he should sign a new deal at the end of this month.

Liverpool fans are not completely convinced with Mignolet – his ability has been called into question numerous time over the past couple of years.

He was at fault for West Brom’s opening goal last Sunday and doesn’t always provide an assured presence at the back.

To be honest, what really matters here is Jurgen Klopp’s opinion, and the Reds manager seems pretty impressed with his first choice goal keeper. He has backed the Belgian international publicly describing as one of the smartest goal keepers he has worked with.

The new long term deal ensures Mignolet would have to leave the club for a high sell on fee, should he be sold at all.

Liverpool have been linked with countless goal keepers over the past 12 months, and recently Stoke City’s Jack Butland and the Belgium Under-21 international Guillaume Hubert are linked with a move to Merseyside, but Klopp has distanced himself from such links.