An agreement in principle has been made between Scotland, Wales, Northern Ireland and the Republic of Ireland to take part in three series of “Celtic Cup” tournaments. While an agreement was signed on Monday to stage the tournament in a league format, England have not ruled themselves completely out yet.

When the idea was first proposed England were expected not to want to participate, instead preferring the idea of generating more income by taking tours in the summer and playing in profitable friendlies. The failure of the four British nations to qualify for a major tournament is the first time since 1994’s World Cup in the USA.

The British Home Championship (also known as the Home Nations tournament) did use to be an annual event with England, Scotland, Wales and Northern Ireland (formerly Ireland until 1949). It first started in the 1883-84 season and finally came to an end in the 1983-84 season. Between 1949 and 1954 the tournament was doubled up as a qualifying process for the 1950 and 1954 World Cups. 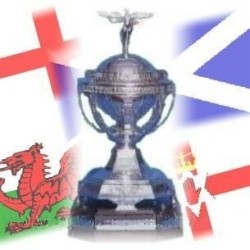 There were a number of reasons why the tournament fell apart. Hooligan trouble was on the rise in 1980s British football and fixture congestion built up due to major events overshadowing the event that fell in the same year. Crowd attendances began to drop with only the England v Scotland games producing the most turnouts. The trouble in Northern Ireland in the 80s led to the 1980-81 tournament being abandoned, whilst England began to desire playing ‘stronger’ opposition. The final tournament was won by Northern Ireland after England and Scotland announced they would not be entering. To this day the Irish FA still have the trophy.

For a small period the tournament was replaced by the Rous Cup, which involved England, Scotland and an invited guest nation from South America. This only lasted for five years though.

In total England unsurprisingly won the most trophies — 54 (including 20 shared). The Scots won it 41 times (including 17 shared), Wales 12 (including 5 shared) and Ireland/ Northern Ireland 8 cups (including 6 shared).

Last week Prime Minister Gordon Brown stated he would ‘welcome the revival of home internationals to ease the pain of Euro 2008 misery for the four home nations.’ A host of former internationals have also backed the idea such as Tony Adams who played for England and Frank McLintock who played for Scotland. Commercial arrangements and fixture dates are now being finalised for the ‘Celtic Cup’.

What do you think? Obviously this can’t replace the disappointment of the Euro 2008 qualification, but would you be interested in watching the Home Nations’?

.
[Editor’s note: For more information on the Home Nations, or British Home Championship, you can visit the Wikipedia entry. You can also sign The Sun‘s PETITION to bring back the tournament here] .