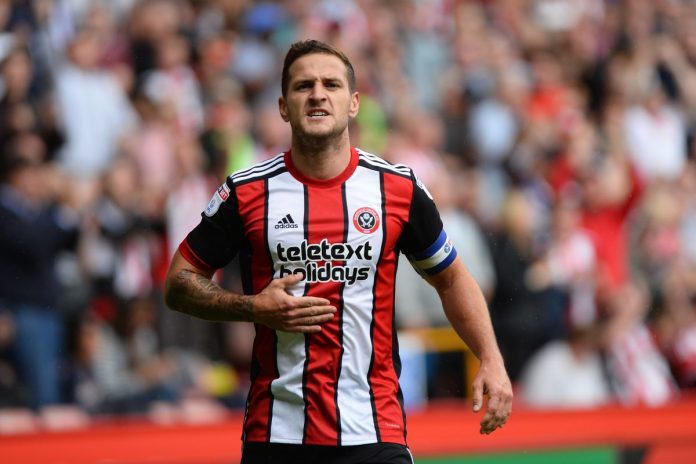 In form Sheffield United welcome Swansea City to Bramall Lane in a Championship encounter this Saturday.

One of the Championship’s most in-form sides, Sheffield United have lost just one league game in 14 under the management of Paul Heckingbottom, including 15 points taken from the last 21 available heading into Saturday’s game against Swansea.

The run has seen the Blades slowly ebb their way up the Championship standings into 8th place, with 47 points from 30 games played.

Sheffield United do, however, also have one or two games in hand on the majority of teams currently contesting for promotion spots up in the top six. So, a win against Swansea, plus three more points in the game in hand could eventually see Heckingbottom’s side climb as high as fourth and into the playoff spots.

But, to do that, United will need to perform better than they have in recent weeks…

Over the last fortnight or so, the Blades have struggled to register goals, and back-to-back 0-0 draws vs Hull and Huddersfield have dampened the enthusiasm for a promotion charge at Bramall Lane just slightly. But, in truth, Sheffield United would have been worthy winners of both those games, so this most recent run of stalemates appears to be nothing more than a minor blip. And this is is especially true when you take Paul Heckingbottom’s defensive record into account.

Since assuming control in the Bramall Lane dugout, Heckingbottom’s Sheffield United have conceded just 11 goals in 13 games which is a marked improvement on how things were under former boss, Slavisa Jokanovic when the Blades averaged much nearer to two goals allowed per game.

If the Blades can continue their defensive momentum against a Swans’ side that only averages about one goal per game, the three points should -in all likelihood- follow suit.

As for Swansea, Russell Martin’s first year in the hot seat has been marked by inconsistency, a fact no better evidenced than by Swansea’s recent results in the Championship.

A 1-0 defeat to mid-table Luton Town was followed up by a great 1-0 win against high-flying Blackburn Rovers a week later. Then, Swansea had a man sent off as they went down 3-0 away at Stoke City, before returning to form once again with a 3-1 win against Bristol City last week.

Even in the last win at home against Bristol City, the Swans made life hard for themselves.  Russell Martin’s side fell behind early but had Michael Obafemi, Cyrus Christie, and top-scorer Joel Piroe to thank after the trio chipped in with second-half goals to take all three points.

In truth, Swansea were superb in the second half. And, when things click, there’s no doubting that Welsh outfit is playing some of the best football seen at the club since the days when now-Belgium manager Roberto Martinez was in the hot-seat. The Swans certainly dominate possession of the ball more than just about any other club in the division. But the goals aren’t flowing as they did under Martinez in the Championship a decade ago, and the defense continues to leak costly goals.

So, with that in mind, let’s get onto our match prediction for this game:

It’s a tough one to call since Sheffield United’s recent spell of profligacy in front of goal has to be factored in; so, too, does Swansea City’s ability to dominate possession, which could end up frustrating a home crowd desperate to see their team climb the Championship rankings.

But, having lost just once under Heckingbottom, we’re backing the Blades to rediscover their goalscoring touch.

A cult hero at Bramall Lane, 35-year-old striker, Billy Sharp, has 11 Championship goals under his belt already this year but was dropped for the Blades’ last match against Hull City.

And, we’re backing the 35-year-old to ripple the back of the net once again in a close win for the Blades against the Swans come Saturday.

As mentioned during the prediction, Sheffield United’s defense has vastly improved under the tutorage of Paul Heckingbottom, and, at home, in particular, not many teams have found the Blades easy to get the better of.

In fact, since Blackpool managed to hold on for a 1-0 win at Bramall Lane six weeks or so ago, the Blades haven’t even conceded a goal on their home patch. Heckingbottom’s side has won three games and drawn twice over that same period, scoring six times in the process.

With Swansea struggling to turn possession into goals and currently on the back of a five game winless run on the road and going up against a mean defense, we’re backing the Blades to keep a clean sheet in a win, and we’re backing Billy Sharp to return to the first XI with a bang and a goal at any time during the 90.

Using bet365’s Bet Builder tool to construct your bet it’s possible to get Sheffield United to win with No BTTS and Sharp to score at any time with odds of 9/2, meaning that a £10 stake has the potential to pay out £55.00.