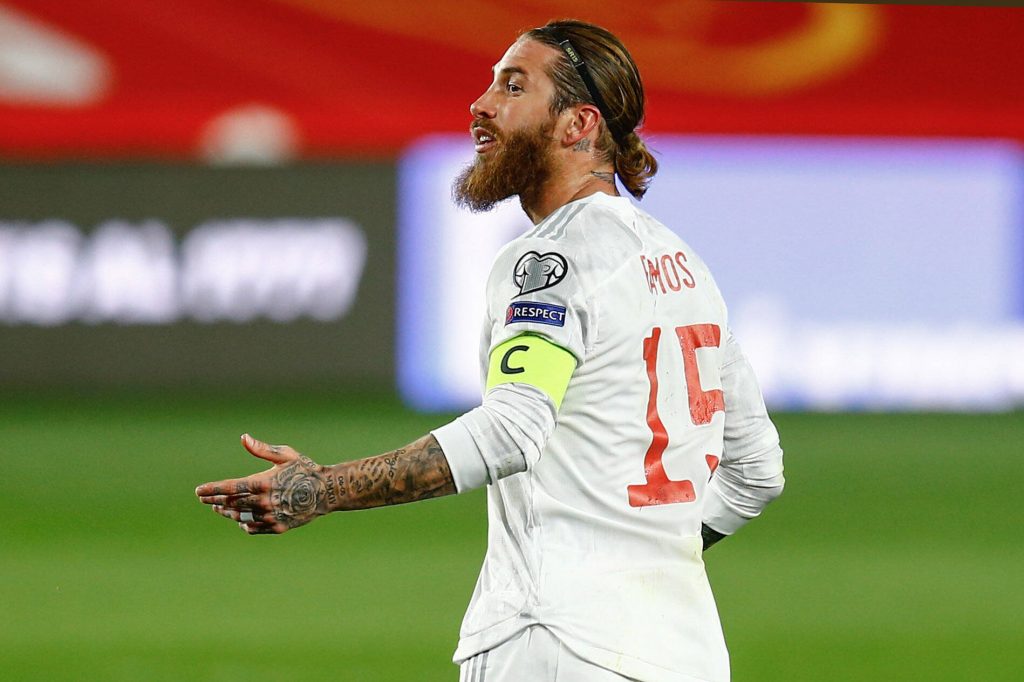 Real Madrid captain Sergio Ramos is set to miss his side’s Champions League tie against Liverpool due to a calf problem.

The Spaniard suffered the injury during the international break. He came off at half-time in Spain’s 1-1 draw with Greece, missed their 2-1 win against Georgia, and played just four minutes of the match against Kosovo.

Ramos claims to have noticed the problem while training after the Kosovo clash. He went for a scan on Thursday, which confirmed the injury.

The injury is expected to keep the 35-year-old out of Madrid’s fixtures against Liverpool in the Champions League and the potentially decisive La Liga meeting with Barcelona.

Los Blancos are set to face Liverpool at home on April 6 and then play the return leg on April 14, in a repeat of the 2018 Champions League final.

Ramos was a key figure in that game after his challenge on Mohamed Salah forced the Egyptian off early with a shoulder problem.

Meanwhile, the Spanish giants are also still in with a chance of lifting a second successive La Liga title – a feat they have not achieved since 2008. They currently sit in third place, six points behind leaders Atletico Madrid and two points off arch-rivals Barcelona.

On April 10, they face La Blaugrana in what could be a title decider. In the reverse fixture, Real Madrid won 3-1, with Ramos netting the second from the penalty spot.

The centre-back will be a big miss given his quality and experience. He captained the club to four European titles and remains one of the best defenders in the world.