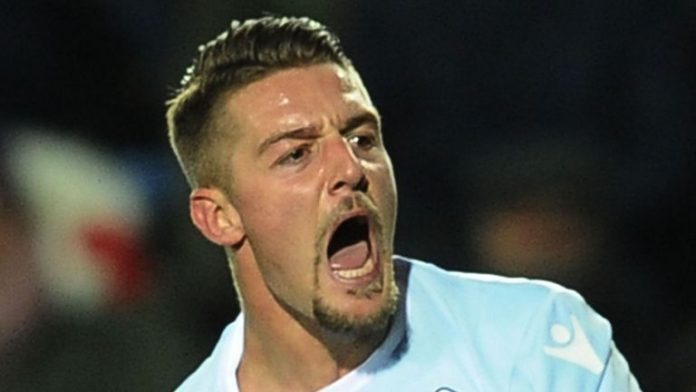 Sergej Milinkovic-Savic is believed to want a move to Chelsea ts summer.

Juventus and Manchester United are amongst the clubs who have been linked with the Lazio midfielder, but the Independent has claimed he would prefer to join the London club.

Milinkovic-Savic made his senior debut in Serbia in 2013.

He joined Belgian outfit Genk on a five-year deal the following summer.

The midfielder scored five goals in 24 appearances for the club before agreeing a move to Lazio in 2015.

He received his first call-up to the senior squad in 2015 for Serbia’s European Championship qualifiers against Albania and Portugal, but didn’t make his debut until a friendly match against China last October.

Milinkovic-Savic was part of the Serbia squad at this summer’s World Cup in Russia, starting all three group games.