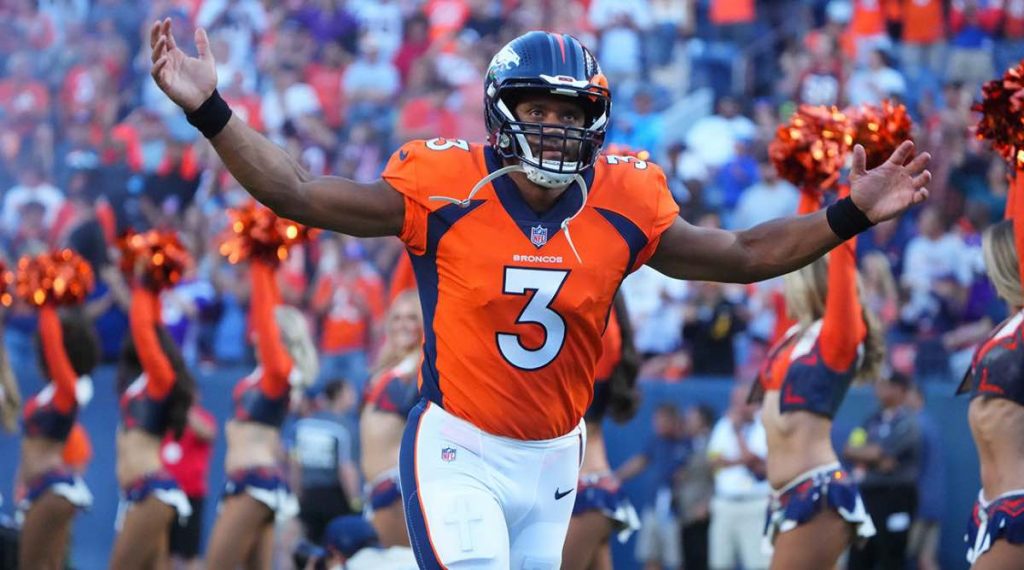 Russell Wilson returns to Seattle after the blockbuster trade that sent him to Denver after nine years with the Seahawks in the first Monday Night Football of the season.

The Denver Broncos traded QB Drew Lock, DT Shelby Harris, TE Noah Fant, and a collection of first to fifth round picks to land Russell Wilson from Seattle earlier this year, ending the 33-year-old’s nine-year spell with the side.

Denver are the outright favorites heading into the clash as a new era begins in Colorado with a new head coach, owner, and a clear plan to guide the Broncos into the postseason which they haven’t reached since 2016.

Our tip for Monday’s clash is the Broncos spread at -6.5.

Russell Wilson is known as one of the best QBs in the league and won the Super Bowl in 2014 with the Seattle Seahawks who drafted him in 2012 with the 75th pick in the third round.

Wilson led the NFL in passing rating and passing touchdowns during the 2015 and 2017 seasons respectively, and is expected to be the final piece of the puzzle as Denver aim to make a substantial playoff charge this season.

Our tip is Wilson to throw over 256.5 passing yards in Seattle on Monday in what will hit the quarterback with a serious case of déjà vu.

With one of the NFL’s most powerful offensive lines ready for battle, expect plenty of scoring from the Denver Broncos led by Russell Wilson and our tip is over 26.5 points for the travelling team.

The Seahawks are expected to be one of the league’s weakest teams this season alongside the Arizona Cardinals. There is a chance that head coach Pete Carroll, who has been with Seattle since 2010, may be able to attack weaknesses in Wilson’s game as he knows the player so well – on a personal level also.

However, the QB’s skill and expertise is likely to prevail and this should result in a routine victory for Denver in a new dawn for the Rob Walton-owned franchise.