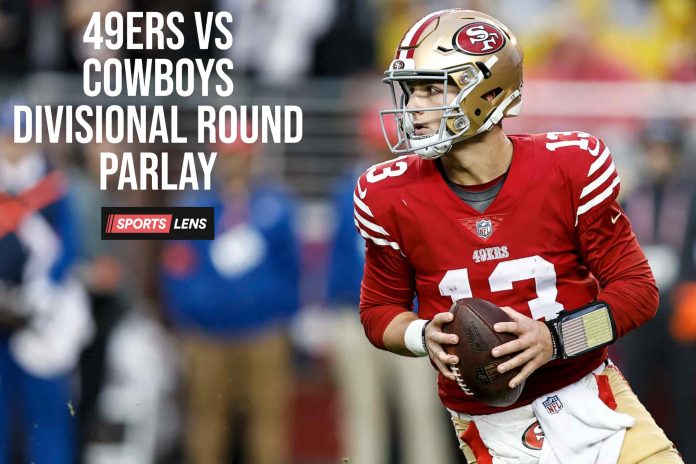 The San Francisco 49ers feature once again in the NFL Divisional Round as they welcome the Cowboys to California on Sunday, so read on below to find our same game parlay for this intriguing playoff match-up, which is the result of meticulous key stats and trends research.

The last time these sides faced off was just over a year ago in the 2022 Wild Card round, with San Francisco running out eventual 23-17 victors courtesy of an expert performance from Robbie Gould.

However, Dallas have enjoyed a hugely impressive season having put up the second-highest points total in the NFC, while losing just five games all year.

Four picks make up our same game parlay picks for this Divisional round match-up as both sides look to take one step closer to the Super Bowl – the Niners last featured in football’s biggest game back in their 2019 defeat to the Chiefs, while the Cowboys will be aiming to make it to the Lombardi decider for the first time since 1995.

Back Our 49ers vs Cowboys Parlay With BetOnline