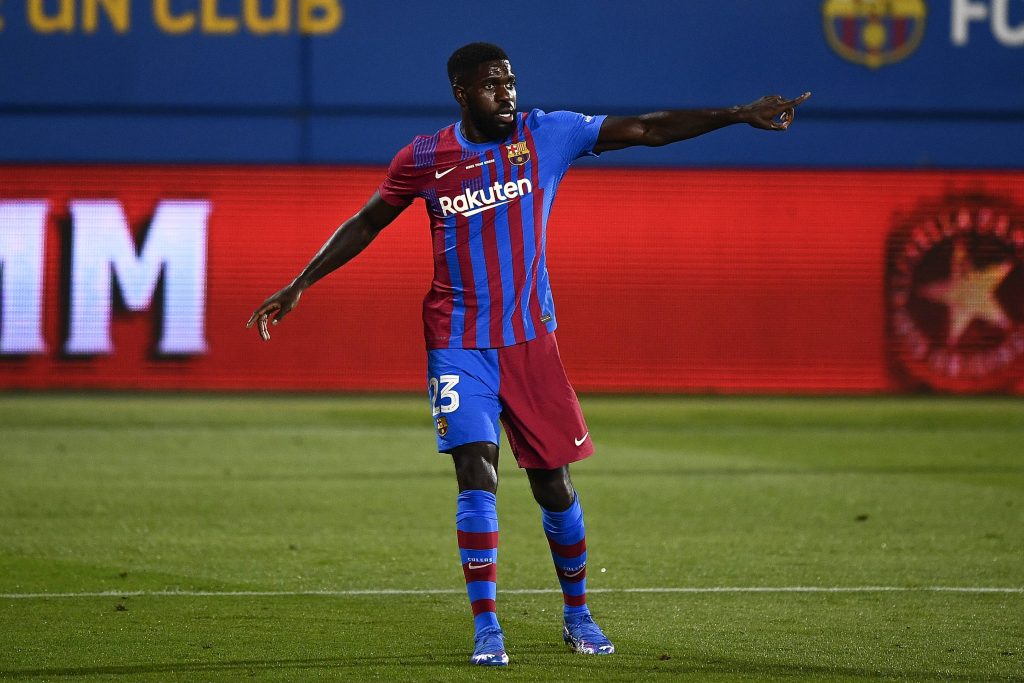 The centre-back has fallen down the pecking order at the Blaugrana in recent seasons amid knee injury concerns, and he is currently just a squad player.

Ronald Koeman confirmed the same in a recent press conference, but it appears that the World Cup winner is prepared to stay for another season.

The Frenchman has two years left on his current deal and believes that he can play a role for the club after working hard in the gym to strengthen his knee.

Umtiti has turned down several offers to leave the club. He has also rejected the proposal to mutually terminate his contract with the Catalan giants.

It is now reported that he may need to accept a pay cut similar to the club captains to continue with the Blaugrana beyond the transfer window.

Umtiti barely played under Koeman during the pre-season campaign, which clearly indicated that the defender has no future under him.

Gerard Pique, Eric Garcia, Clement Lenglet, Ronald Araujo and Oscar Mingueza are currently ahead of him in the pecking order for the centre-back roles.

Talks are ongoing with Sergio Busquets and Sergi Roberto over similar salary reductions as Sergio Aguero, who is currently injured, has yet to be registered.

It was anticipated that they could ease their wage bill with the departures of Miralem Pjanic and Umtiti, but the latter looks determined to stay put for now.

Umtiti is currently on €8-9 million annually. It remains to be seen whether he accepts a pay cut. The club will not consider unilateral termination of his contract due to legal issues.