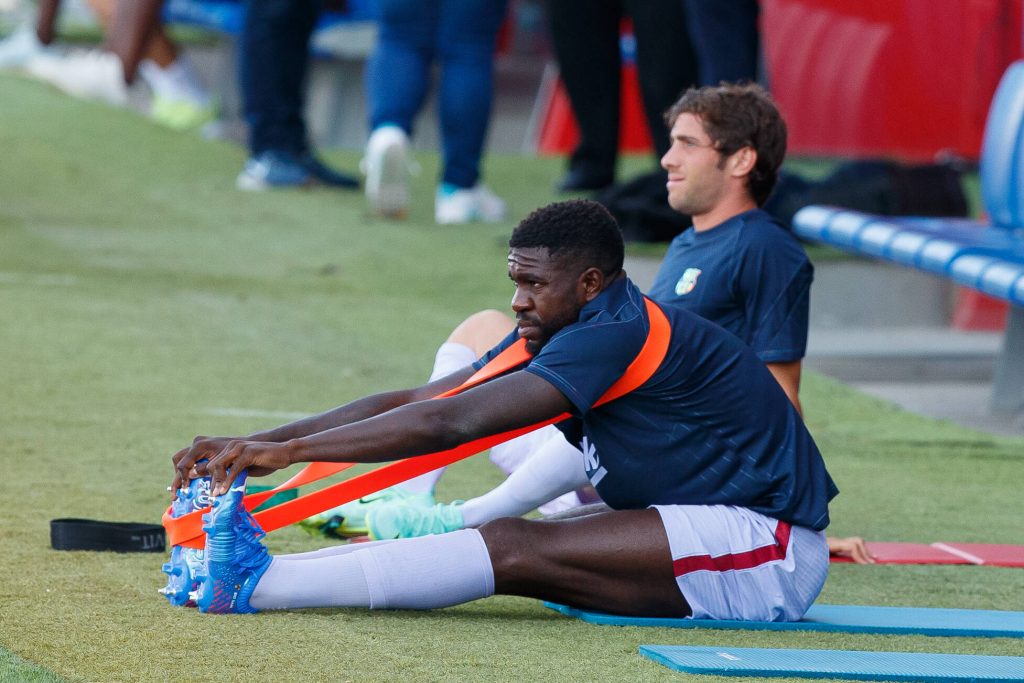 French defender Samuel Umtiti is open to leaving Barcelona if the right offer arrives, a report from Mundo Deportivo claims.

The centre-back has struggled with knee injuries over the past couple of years, and he was a regular on the bench during the back end of last season.

There has been much speculation that he could leave the club, but Umtiti remains determined to prove his worth to manager Ronald Koeman.

It is now reported that Umtiti is keen on reviving his career at Camp Nou but would consider a move elsewhere if the challenge is right for him.

Umtiti joined the Catalan giants from Lyon in 2016 for €25 million. He was instrumental in the first two seasons, making over 40 appearances.

The Frenchman went on to win the World Cup in 2018, but his career has since slumped with the regular recurrence of knee injuries.

He has failed to make 20 appearances in each of the last three seasons, and he is now down the selection order under head coach Koeman.

Gerard Pique, Clement Lenglet, Eric Garcia, Oscar Mingueza and Ronald Araujo are expected to be ahead of him for a starting spot in central defence.

With two years left on his contract, the Blaugrana prefer to sanction his sale, particularly with the need to reduce their surplus wage bill.

The club need to recover around €150m in wages and amortisation costs before they can register any of their signings made this summer.

The grave situation has meant that the club recently gave up on renewing Lionel Messi’s contract. The news has come as a big shock.