Many Arsenal fans have asked us via the comment section and on our twitter account to share the latest update on Real Madrid midfielder Sami Khedira, who was heavily linked with a move to join Arsenal last month.

A quick recap on the situation so far:

All such hopes were dashed in the dust when El Confidencial reported that Khedira has taken a shock u-turn to stay with Real Madrid and will publicly apologise for this transfer imbroglio. We still don’t know why he need to do that. 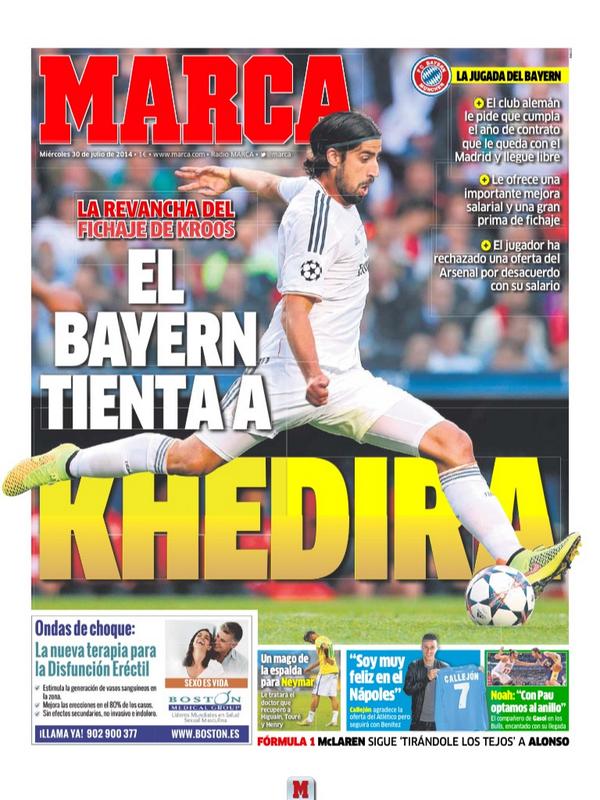 Today Marca claim that Khedira is going nowhere as he is central to Carlo Ancelotti’s plans for next season. Despite the advances of the Gunners he has rejected the chances to join Arsenal in the summer. Bayern Munich have shown an interest in him but it is too late now. That ends the Khedira to Arsenal saga for now.

Marca also claim that the 27-year-old wants to join Bayern Munich after holding talks with boss Pep Guardiola, with the German champions want him to see out his final year of his contract in order to make a free transfer move next year.