What They Said: Lukaku has ‘no problems’ with Chelsea boss 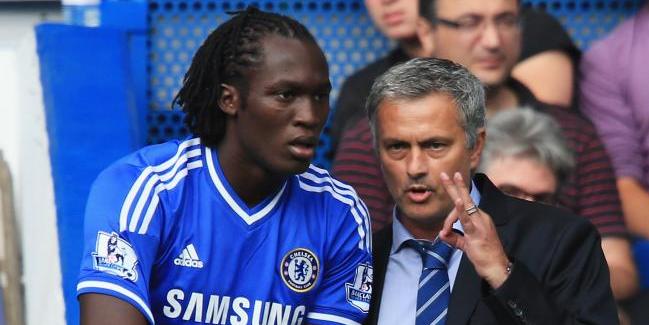 Romelu Lukaku has moved to quash any negative rumours about his relationship with Chelsea manager Jose Mourinho.

Whispers of a rift between the pair have been steadily growing louder, with Mourinho hinting that the Belgian striker asked to leave Chelsea before he was loaned out for the season to Everton, which conflicted with the assumed reason for his departure.

The consensus had been that the Portuguese manger had mistreated the 19-year-old, and ushered the forward out the door on loan without really giving him a chance to shine. But after Mourinho dismissed this, the ball had been placed in Lukaku’s court.

The striker, who has eight goals from 14 appearances this season for the Toffees, has now moved to finish the matter,

“I’d first said I wanted to stay at Chelsea during the summer,” he told ‘Sport Voetbal’ magazine (via SkySports).

“And then I felt I had to leave to play more. It was my goal to do better than last season.

“I’ve had Jose Mourinho as a coach for two months,” he added. “Something special.

“He’s building the foundations of an unbeatable machine again. We didn’t have problems.”

Many Chelsea fans have pleaded for the return of the Belgian, and there were fears that bridges had been burned after he was sent on a second consecutive loan spell.

But Lukaku still intends to return to Stamford Bridge next year, and attempt to finally break into the starting lineup,

“Am I getting ready for Chelsea next season?,” he asked rhetorically. “Yes, why else would I have signed a contract for five years?

It certainly seems that, for now at least, the path is still clear for Lukaku to fulfill his potential in West London (that is if Mourinho will have him).

What do you think? Should Lukaku be given the chance by Mourinho? Let me know in the comments below…