Rooney makes his mark as Everton return starts with a win 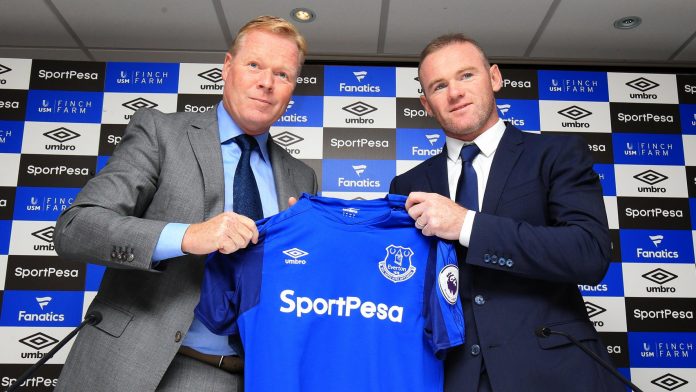 Wayne Rooney gave Everton fans plenty of hope for the season ahead with a superb winner against Stoke City on Saturday.

It was a fairytale return to his boyhood club as the striker headed home during first-half injury time to seal a 1-0 victory for the Toffees.

Rooney’s goal was the icing on the cake from a performance that highlighted the 31-year-old’s undoubted quality.

He was instrumental in Everton’s play throughout, picking out some wonderful passes for his teammates and orchestrating the Blues’ best moves.

Rooney’s departure from Goodison Park to Manchester United 13 years ago left a bitter taste in the mouth of many fans, but the exuberant celebrations that followed his goal proved the England star has been truly welcomed back into the fold.

Despite winning everything during his time at Old Trafford, the feeling remains that Rooney still has unfinished business at the top level.

Many pundits have questioned whether he still has the legs to be a force in the Premier League, but Rooney’s display against Stoke was the perfect response to his doubters.

He may have lost half a yard of pace, but his speed of thought is still there and he could have the same impact at Goodison Park as Teddy Sheringham did with United during the latter stages of his career.

While Everton probably need to find someone capable of replacing Romelu Lukaku’s goals, it’s safe to say Rooney’s acquisition has already improved their team by some distance.

With the 2018 World Cup in Russia looming large, Everton are also likely to benefit from Rooney’s desire to have one last hurrah with England.

Having surpassed Sir Bobby Charlton’s all-time goalscoring record with the national side, a fit and fired-up Rooney could easily cement his legacy as a true great of the English game over the next twelve months.