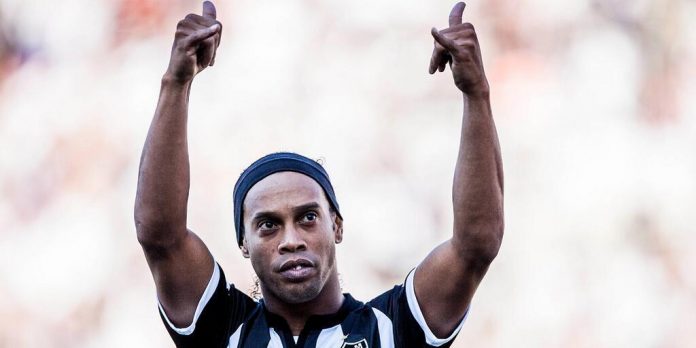 Former Barcelona legend Ronaldinho has rejected the advances of Turkish side Besiktas and signed a new deal with current club Atletico Mineiro.

It had been widely reported that the 33-year-old had signed a two-year deal with Besiktas, but Atletico Mineiro president Alexandre Kalil has put paid to the speculation, announcing that Ronaldinho has signed a currently unspecified contract extension with the Brazilian side.

“The fans can be annoying but Ronaldinho loves them, he has renewed his contract,” Kalil posted on Twitter.

Ronaldinho’s brother and agent, Roberto Assis, rubbished the rumours about a move to Turkey,

“It was invention of the journalists,” Assis told Radio Itatiaia.

“We had a meeting [Atletico Mineiro] and it was all resolved.”

“There is a fantastic relationship there, he’s happy there.”

“He met with a crowd that was extremely affectionate with him and his whole family. The player feels very comfortable.”

With the World Cup Finals this summer, Ronaldinho will be hoping to continue his fine form in his home nation, having led Atletico to their first Copa Libertadores win last season.

What do you think? Is Ronaldinho right to stay in Brazil? Let me know in the comments below…