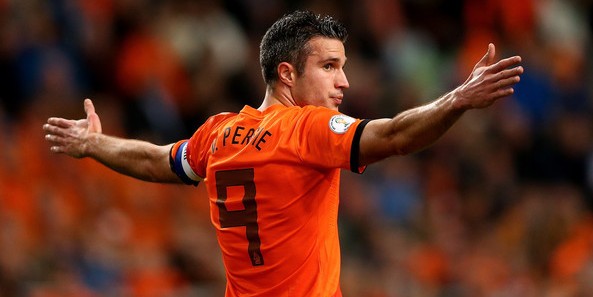 Manchester United striker Robin van Persie has come under bit of criticism lately. The Dutchman who was so influential in his debut season for Manchester United, hasn’t been able to replicate that form in the past two seasons, including the present campaign.

There are even rumours that his agent has held talks Turkish giants Fenerbahce over a possible move.

Last month Van Persie got involved in a nasty row with his own international team-mate Jan Klaas Huntelaar. During Holland’s Euro 2016 match against Kazakhstan, Van Persie chose not to pass his team-mate when Huntelaar was in a better goal scoring position.

Huntelaar was seen showing his frustration at his captain, but Van Persie gestured rather rudely asking him shut his mouth.

Van Persie in an interview Dutch newspaper Algemeen Dagblad, said that he has utmost respect for Huntelaar and that the incident just happened in ‘heat of the moment’.

“I get really though that such a moment contributes to the whole discussion. It has been covered in media, people have an opinion about it. Maybe we should have handled in a smarter way. But something like this happens even in the heat of the moment,” he said.

So, everything sorted, no fuss now. Robin, don’t forget to pass to your team-mates next time!