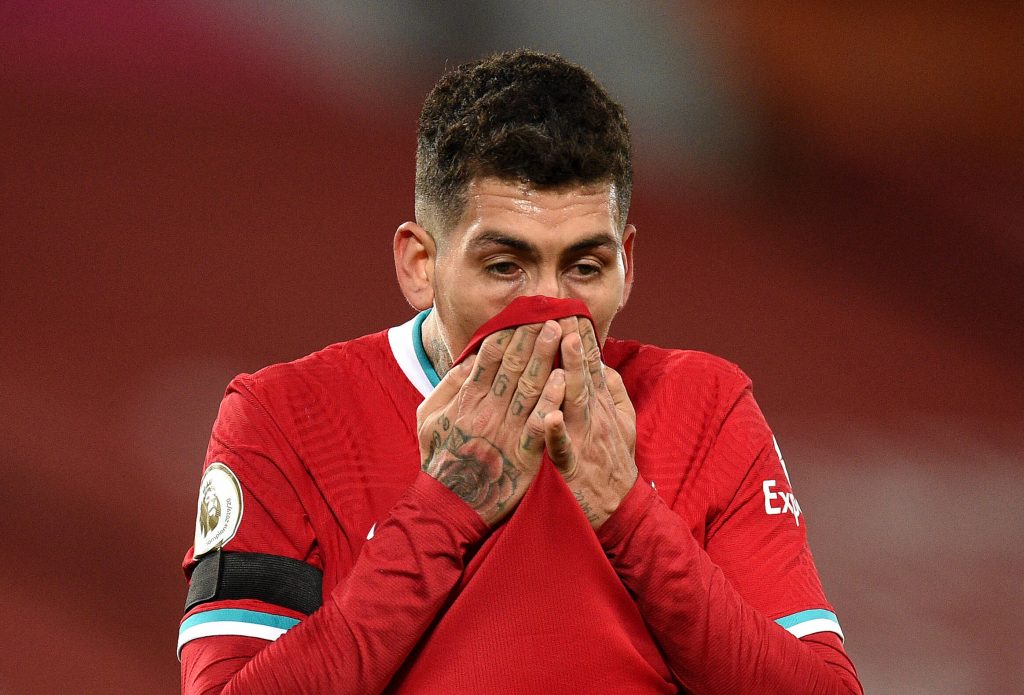 The Premier League returns to action this weekend, and we have some cracking games to look forward to.

On Saturday, Liverpool will travel to the Emirates Stadium to face Arsenal.

Reds manager Jurgen Klopp has confirmed ahead of the match that Roberto Firmino is fit and available for selection.

The Brazilian forward missed the last three games with an ankle injury, but he returned to Liverpool training earlier this week.

Firmono’s return will be a huge boost for Klopp. However, he may find himself on the bench with Diogo Jota enjoying a rich vein of form.

Jota scored the winner against Wolverhampton Wanderers and impressed heavily during the international break for Portugal, scoring twice against Serbia and one against Luxembourg.

Klopp confirms Firmino is fit and ready for Arsenal

Klopp has suggested that his side will give everything in the final two months of the season, with a Premier League top-four finish and potential Champions League glory to play for.

Klopp on the final two months of the season: "Let's go with everything we've got for what's out there. We don't have a lot of points to waste. We won't hesitate, we will go for it."

Liverpool won their last two matches before going into the international break, and keeping up the winning momentum is vital.

Klopp also confirmed that the Reds skipper Jordan Henderson will return to training in the coming weeks, but he is unsure whether the Reds skipper will be fit enough to play for England in the European Championships.

"He cannot train at the moment, but he will train in the next days and weeks for sure. It's just about time, and will there be enough time for Euros) I don't know. But I hope so"#LFC

In other news, popular football pundit Mark Lawrenson has stated his prediction for Arsenal vs Liverpool for BBC Sport.