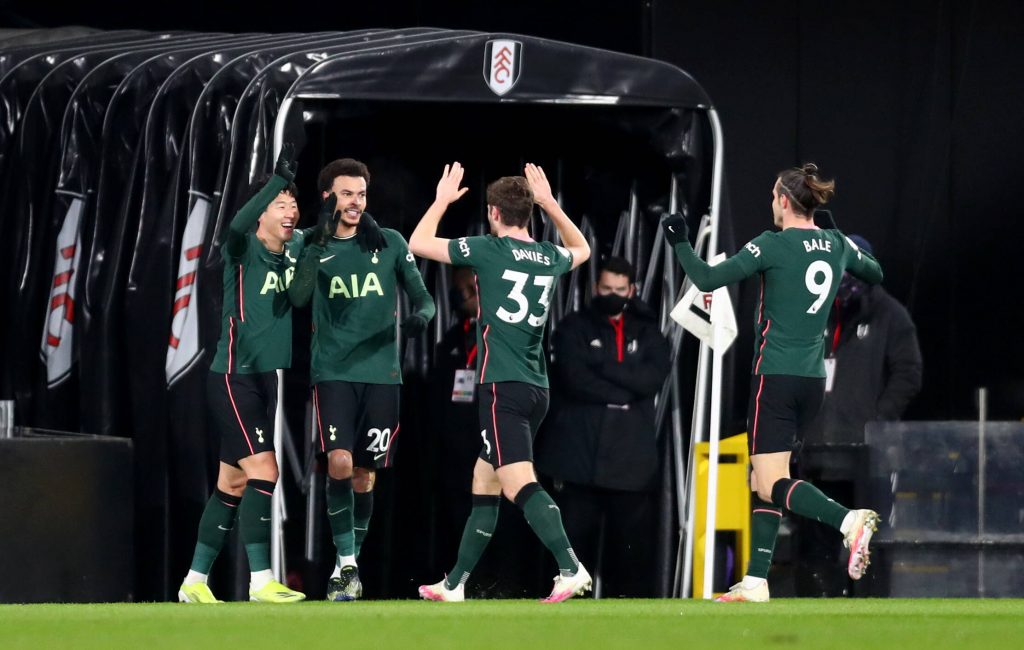 The 24-year-old was handed a rare start by Jose Mourinho and he justified his manager’s decision with a splendid performance.

Alli played a key role in Tottenham’s only goal of the night and he caused all sorts of problems for the Fulham defence with his work rate.

Ferdinand has likened the England midfielder’s movement to that of the Premier League legend Frank Lampard.

“I thought he had something today I’ve not seen for a while, that running beyond the striker,” Ferdinand said on BT Sport (via Express).

“His runs off the ball I think are top, top-level when he gets it right. His timing, his understanding of where to be. Today, I thought he was magnificent for that 60 minutes.”

The former Chelsea midfielder was exceptional with his runs into the box and movement in the final third.

Alli has a similar style of play and creates plenty of goalscoring opportunities because of the timing of his runs.

His performance against Fulham will certainly be encouraging for Mourinho and the Tottenham fans. The attacking midfielder will hope to be handed another chance to start this weekend.

Alli is a top-class player who can make a big difference for the London side and it will be interesting to see if he can hold down a regular starting berth until the end of the season.

Read about Tottenham’s win over Fulham during midweek here.