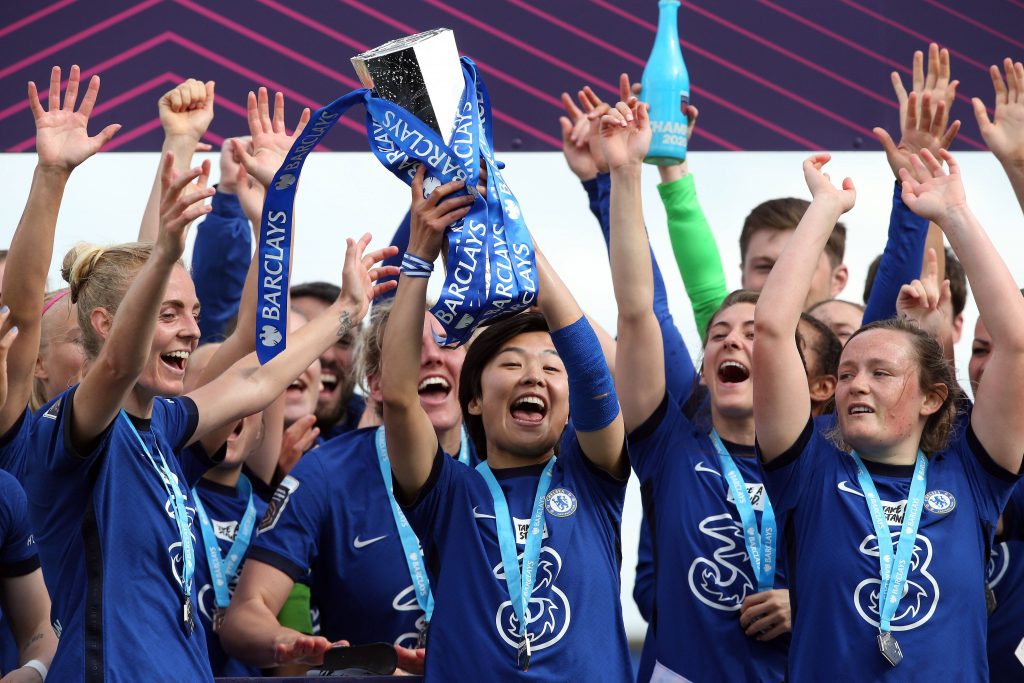 Chelsea Women have defended the FA Women’s Super League title in a keenly-contested race with Manchester City, who finished runners-up for the fourth season running.

After being crowned champions in 2019/20 under controversial circumstances, the Blues had a point to prove this time around.

The Super League title run-in was always a two-horse race between the two best sides, Chelsea and Man City.

Eventually, the London side’s 3-1 home victory in the direct encounter back in October 2020 made all the difference.

Emma Hayes’ ladies wrapped up the league crown thanks to a slender two-point lead on second-placed City, having outclassed Reading 5-0 on the final matchday of the season.

Both sides had suffered a single loss apiece, with Gareth Taylor’s team missing out on the title despite winning 12 of their 13 league matches since the turn of the year.

Chelsea became the third side to win back-to-back Super League titles after Arsenal did it in the first two years after the competition was established in 2010.

The Blues first lifted the title in 2015 before a remarkable campaign in 2018 that saw them finish the season without a single defeat.

They also broke the records for most wins in a single Super League campaign (18) and most points per season (57).

Meanwhile, Bristol City, who lost a league-high 14 matches and conceded a staggering 72 goals in the process, suffered relegation from the top division.

In the meantime, Man City’s Chloe Kelly, Chelsea’s Fran Kirby and Arsenal’s Katie McCabe all had 11 assists under their belts.

With Chelsea conceding a league-low ten goals, Berger rightfully earned the Golden Glove. Her heroic performance in a 2-2 draw with Man City on April 21 fired her team to the crown.