Compared to Brazil’s 2010 World Cup shirts, they have dropped the contrasting collars and gone with a bit more monotonous theme.

In my opinion, these shirts are fairly decent.

Green has not been completely pushed out of the home shirt though. Under the Nike Swoosh on the right and the CBF crest on the left, there is a thick green stripe. 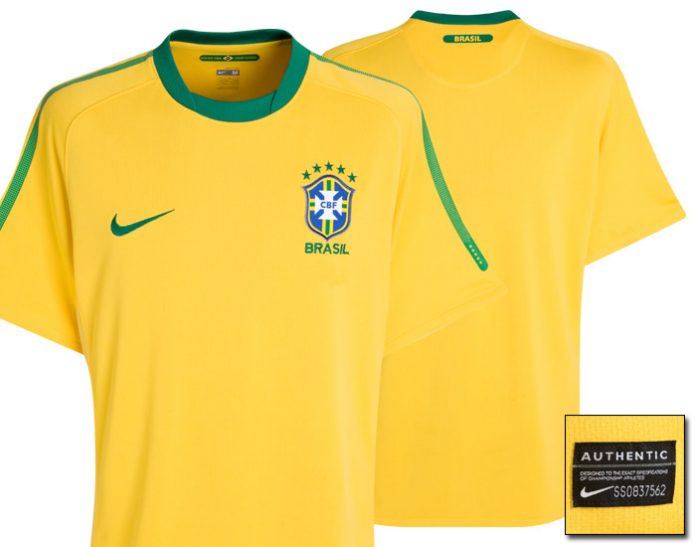 The away shirt is basically in the home shirt inverted. The shirt is green with a yellow stripe on the chest. 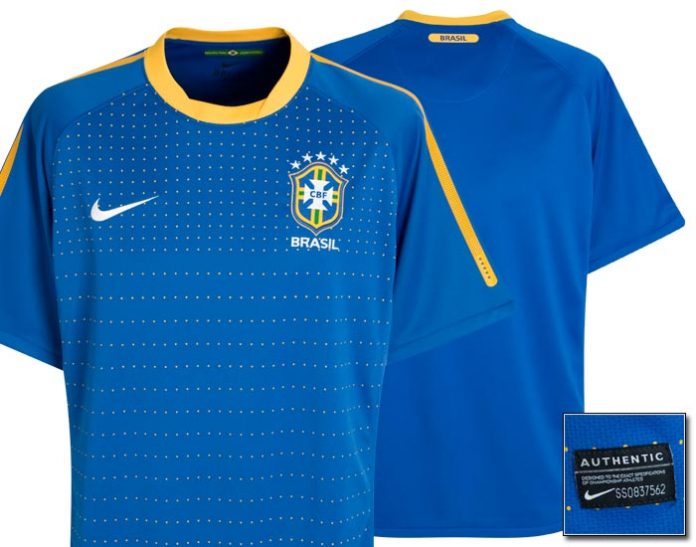