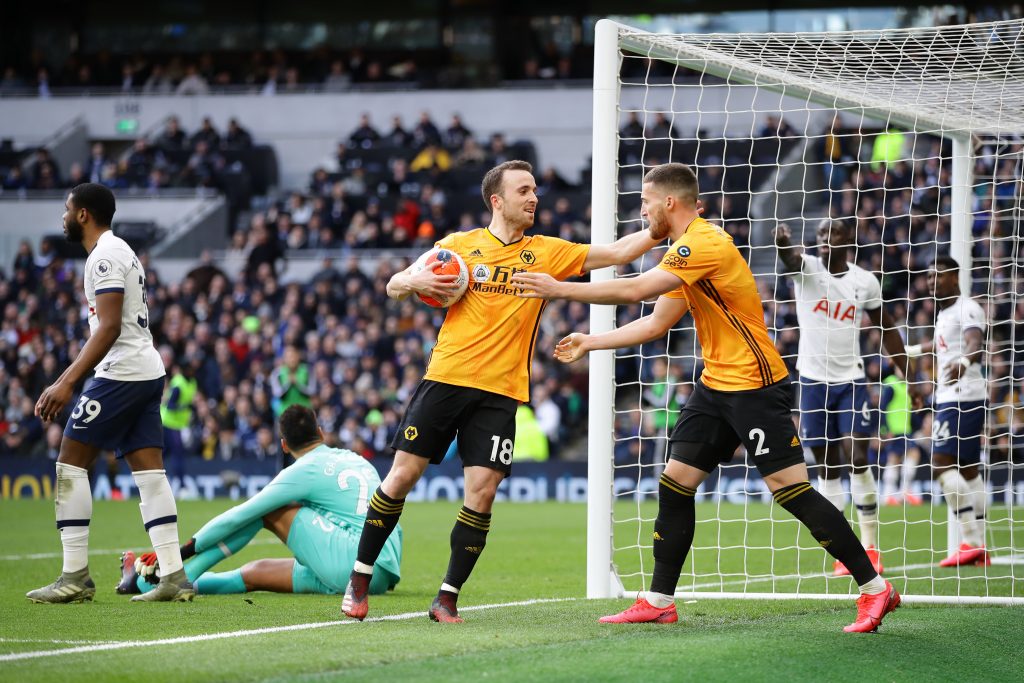 According to The Daily Mail, Arsenal are interested in signing Diogo Jota from Premier League rivals Wolverhampton Wanderers in the summer transfer window.

It has been reported that the Gunners are looking to sign wide players and have identified the 23-year-old as a transfer target.

Jota is a very good player who can only get better in the coming years, as he is only 23 years of age.

The 23-year-old enjoyed a successful loan spell at Wolves in 2017-18 and joined the Wanderers on a permanent contract in the summer of 2018.

The youngster has established himself as an important player for the Wanderers and is playing quite regularly for Nuno’s team at the moment.

Arsenal could do with dynamic and skilful wide players, and Jota does fit the bill.

However, one has to ask why Jota would leave Wolves for Arsenal in the summer transfer window.

After all, under Nuno, the Wanderers are challenging for the Champions League places, and they have also progressed to the Europa League last-16 stages.

Moreover, it is hard to see Wolves entertain the idea of losing such as a brilliant young player who can and will get better in the future.