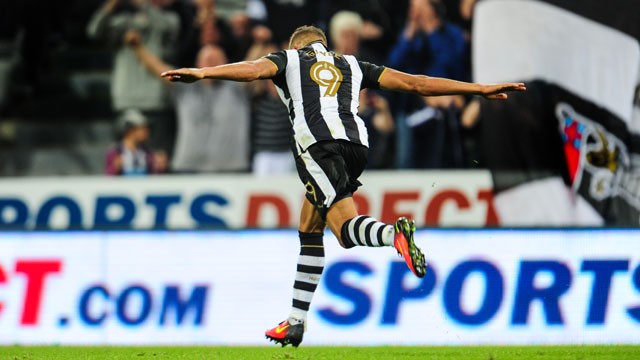 According to The Sun, English Championship side West Bromwich Albion want to bring Newcastle United striker Dwight Gayle back to the Hawthorns in January.

The 29-year-old is currently out of favour at Saint James Park, with his substitute appearance against Chelsea at the weekend his first game of the season.

Gayle scored 23 league goals in 32 appearances for West Brom last term during a successful season-long loan, and manager Slaven Bilic reckons his impact during the second half of the campaign can help his side to Premier League promotion at the end of the campaign.

The Newcastle star’s goals helped the Baggies reached the Championship playoffs last term, and they could come handy this time around too, with Bilic’s side leading the early race on top of the league table.

Having scored just five Premier League goals thus far this season, the SJP outfit could do with all the attacking options they can lay their hands on right now.

However, Gayle is widely seen as a Championship-proven striker, and it remains to be seen if he will be able to force his way into Steve Bruce’s plans.