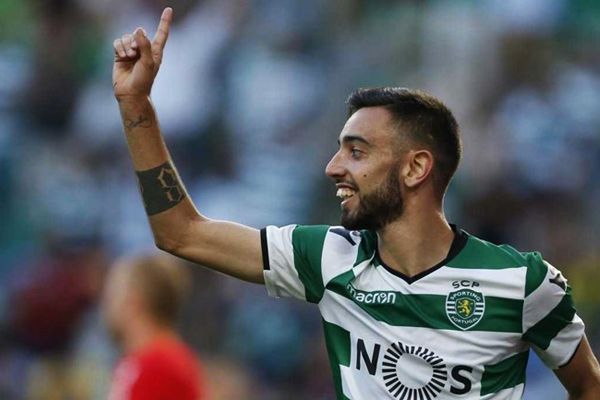 According to reports from Portuguese publication A Bola, Premier League giants Tottenham Hotspur are showing keen interest in Bruno Fernandes.

The 23-year-old attacking midfielder has caught the eye with Sporting Lisbon this season, and he is said to be on Spurs’ summer wishlist.

The midfielder joined from Sampdoria last summer, and has been one of the top performers for the club, scoring 13 goals, and further laying of 16 for others in all competitions.

A Bola claims that Sporting would be demanding an eye watering £87 million for Fernandes, his release clause, which is surely beyond Spurs’ price range.

However, the release clauses are set to protect the club against losing the player on the cheap, and Sporting are trying to do the same with Fernandes as well.

Daniel Levy, the Spurs chairman, must act quickly. Fernandes is enjoying some fantastic form, and is most likely to represent Portugal in the World Cup.

His value could sky-rocket if he produces an impressive campaign, and may find it difficult to negotiate a smart deal for the player.