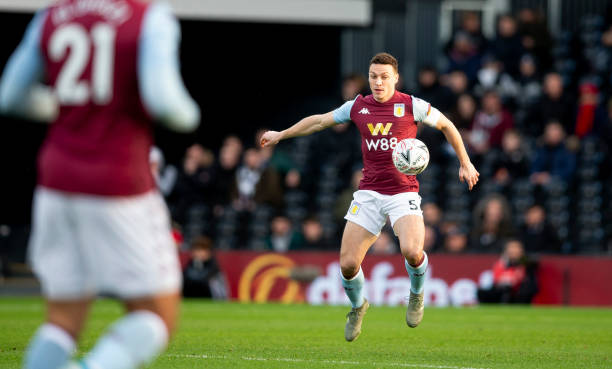 According to The Athletic, English Championship side Stoke City are confident of signing Aston Villa defender James Chester on loan until the end of the season.

The 31-year-old has featured just twice for Dean Smith’s side this term since returning to full fitness following a knee injury that ruled out of action for almost a year.

Chester is way down the pecking order at Villa Park, and he has just a few months left on his contract.

The Wales international wants to be at Euros 2020, and a temporary move to where he is guaranteed regular playing minutes will help boost his chances.

A move to Stoke is now expected to go through before Friday’s transfer deadline, and the former Villa captain will now look to prove his worth.

With the centre-back quartet of Ezri Konsa, Tyrone Mings, Kortney Hause and Bjorn Engels all available to Smith, Chester will have to impress at Stoke to have any chance of extending his contract, and it will be interesting to see if he can do so.

The Welshman won the hearts of the fans after playing through the pain barrier during last term’s promotion-winning campaign, putting his career on the line by turning out for the club despite nursing a serious knee injury that eventually kept him out of first-team action between last January and December.